Two-story building is a change of pace from the high-rise development washing over the corridor.

While development along the Peachtree Street corridor is typically trending skyward, one project on Atlanta’s main drag is aiming a little lower.

Steel framing is in place at the corner of North Avenue and along Peachtree Street, indicating where new retail spaces should one day bring life to a block that’s long been a barren construction site (and an unfortunate, fallow swath of nothing before that).

Construction on the building started in 2012, but was halted for years while funding and logistics were worked out. The project restarted earlier this year, requiring the closure of a block of Juniper Street for more than four months to allow for the installation of equipment weighing upwards of 90 tons. 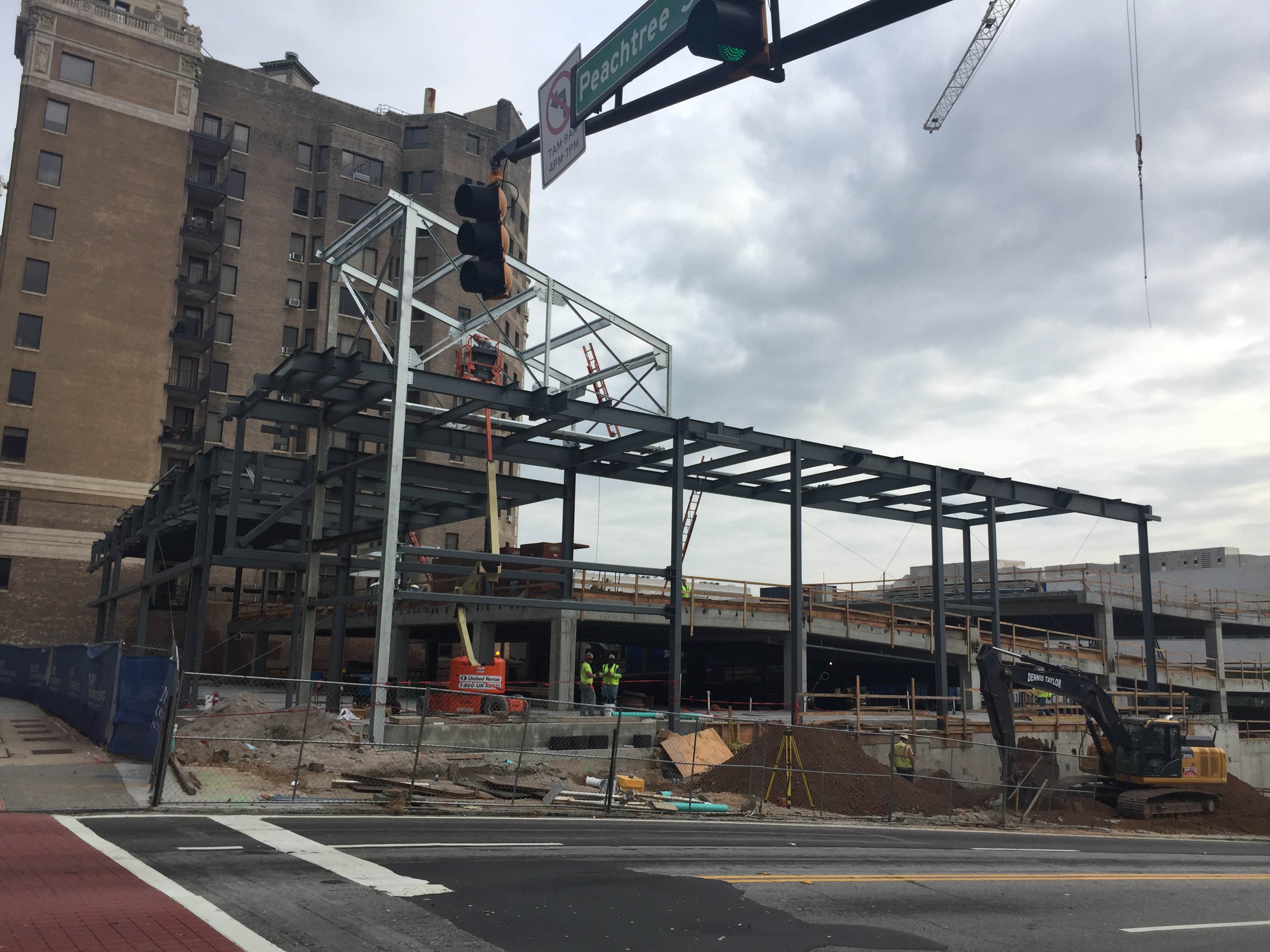 Construction progress on the building.
Michael Kahn, Curbed Atlanta and

Now that the heavy lifting is done and Juniper Street is back open, work is plowing ahead on the western portion of the building, too.

When complete near the end of 2018, the 113,000-square-foot facility will feature three stories of medical facilities, parking for 165 cars, and 4,000 square feet of retail, officials have said.