When this midcentury modern property in Buckhead last blipped the radar in November, it was scraggly with stained carpeting, weedy landscaping, dated wallpaper, and a tight kitchen.

This week, the 1957 relic is back—with a sparkling new look and beefed-up, post-renovation asking price of $1.295 million. In places, it appears little more than fresh paint was applied; others were drastically reimagined and reformed.

Tucked off Northside Parkway, around the corner from Ok Cafe, the five-bedroom, five and 1⁄2-bathroom pad has an interesting architectural pedigree: It was designed by Henry Howard Smith, son and partner of Francis Palmer Smith, the first dean of architecture at Georgia Tech. 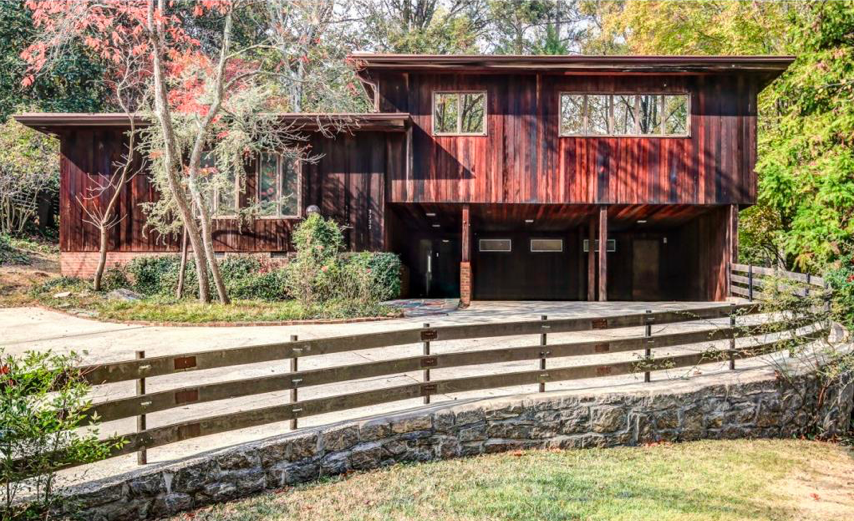 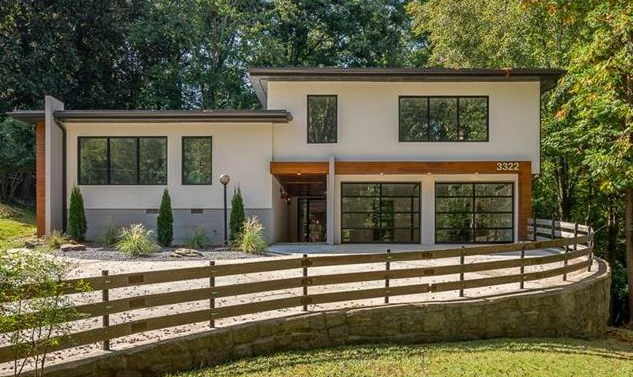 The under-home carport was transformed into a two-car garage with glass doors—an update that didn’t totally sacrifice the simplicity of the facade. Beside that, a lantern-lit foyer includes a commercial-grade glass door, which opens to reveal a vast open-concept kitchen and living space.

A nifty touch is the handmade barn doors of wood and glass that unveil a rather glorious sunroom. Here, the tongue-and-groove walls and ceilings were retained, juxtaposed now with what’s described as “marble blast concrete flooring.” Which looks slick. Literally.

An extra bedroom and one and 1⁄2 bathrooms were added in the transformation, all looking sufficiently 2017. The revived floorplan counts 3,786 square feet overall.

Hugging a hillside, the home sits on a half-acre yard with (thankfully retained) stone patios, surrounded by hardwoods.

Before, the residence was marketed as a “renovator’s dream ... with fabulous bones!” Whether buyers will realize that same dream at $1.3 million remains to be seen.

It sold for $635,000 just before Christmas in this condition:

Next Up In Midcentury Modern