Practically overnight, two small structures were removed from the block to allow for the district’s latest office tower

At West Peachtree and Fourth streets, crews made quick work of demolition to prep for the construction of the new Anthem Tower.

Also last week, SunTrust relocated their operations to the former First Landmark Bank at the southern edge of the block; once the move was complete, the demolition crew wasted no time reducing the building to rubble. 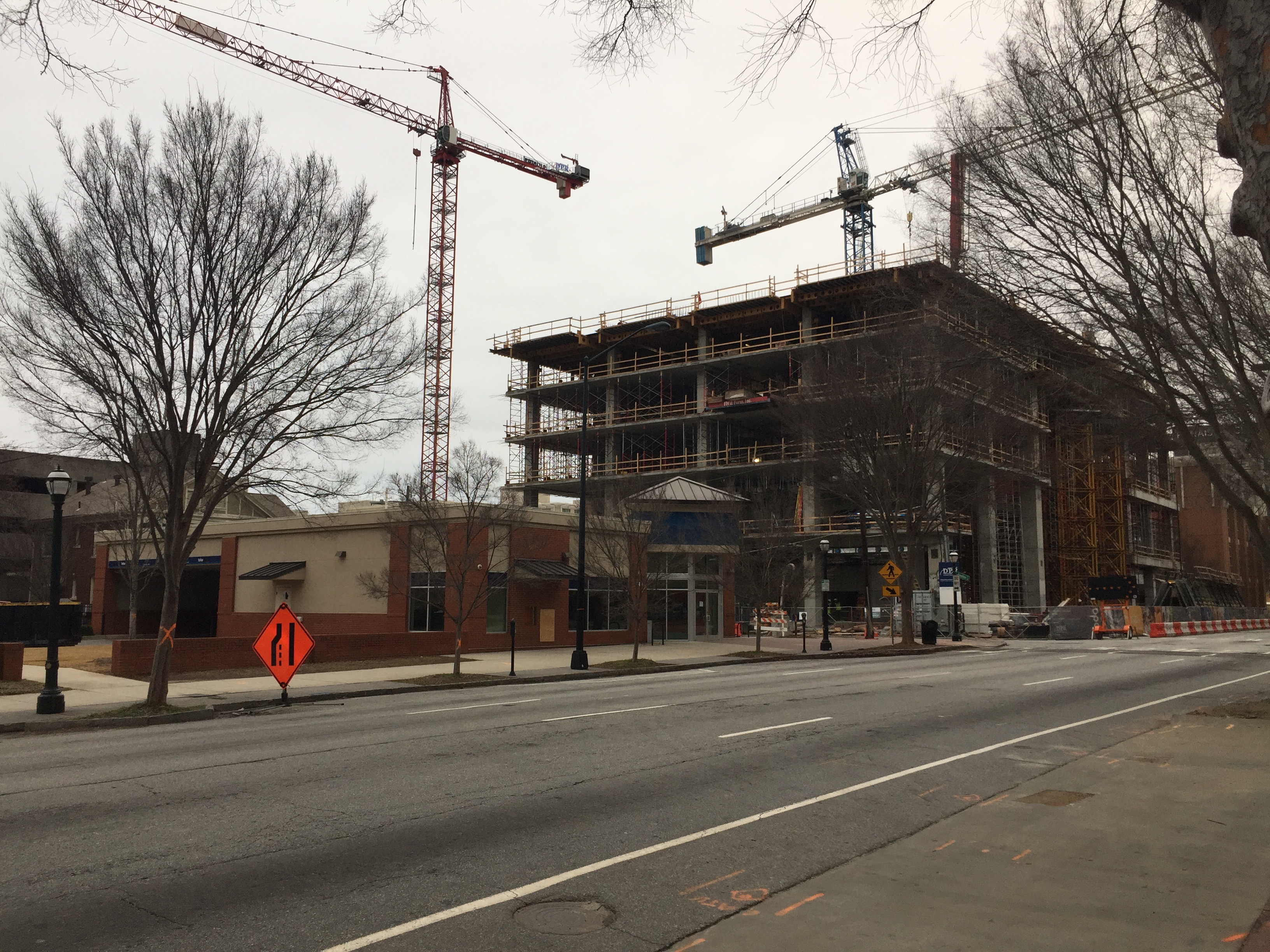 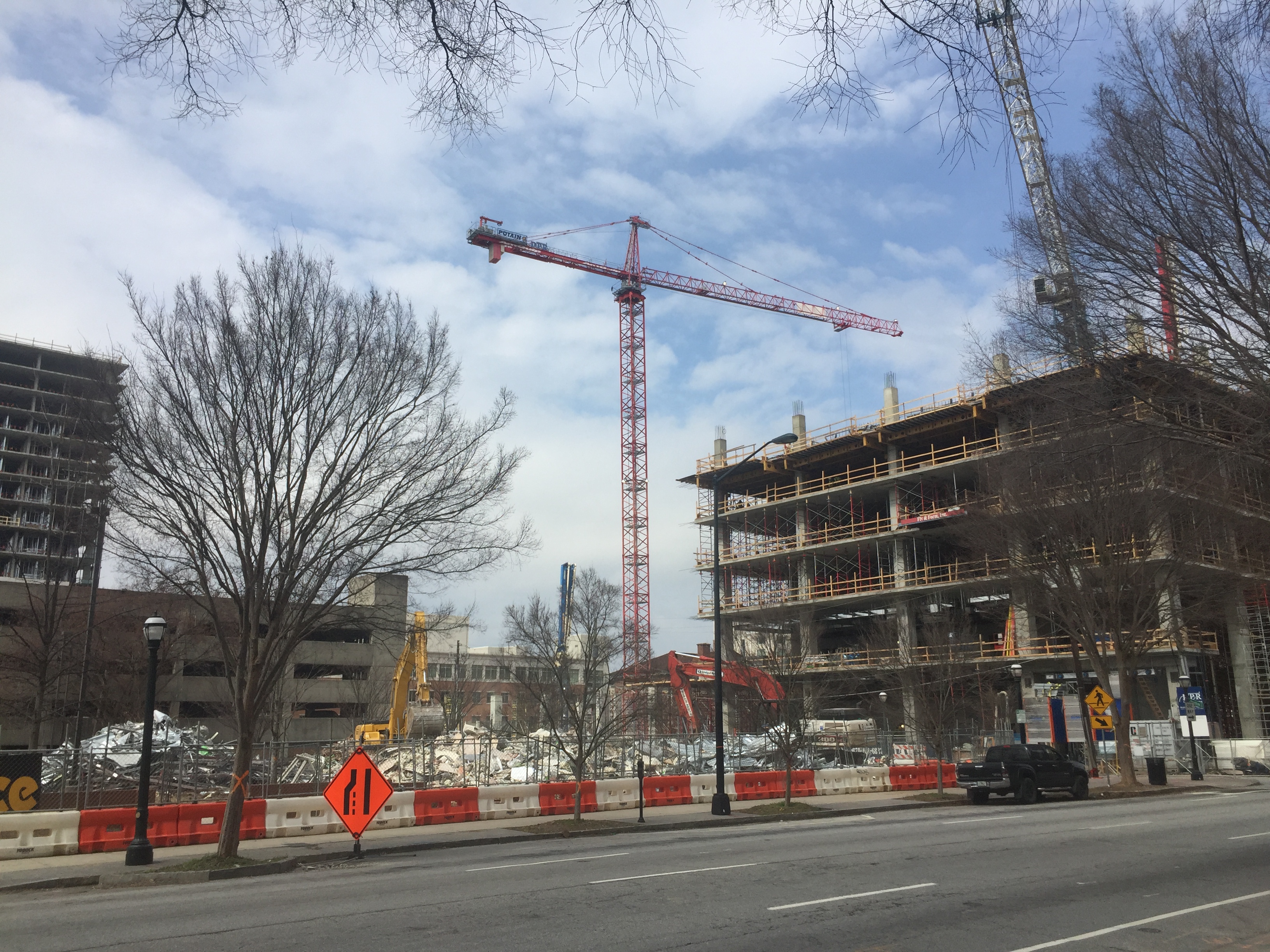 Now, crews have cleared the parcel to allow construction to commence on the latest addition to the Tech Square neighborhood. A groundbreaking this week marked the moment.

Permits were secured in November, and funding was in the bag last month for the 21-story structure, which will house 3,000 IT workers for Anthem, a health benefits company.

The building will feature sky terraces, central gathering spaces, and more than 350,000 square feet of office and support space.

Designed by John Portman & Associates, and developed by Portman Holdings, the project is slated to cost $150 million. It will complement the adjacent Coda tower, which is currently standing seven stories above West Peachtree Street.