Checking in on Atlanta’s ‘most annoyingly vacant’ spaces, years later

It’s time for a city-spanning roundup that features spectacular changes ... and some STILL annoyingly vacant spaces

Five years ago, we identified a range of annoyingly vacant buildings and lots across the city, all seemingly primed for redevelopment.

When we circled back to the properties in 2016, some had been transformed into new and lively projects, while others sat festering.

All aboard for a quick, highly visual tour: 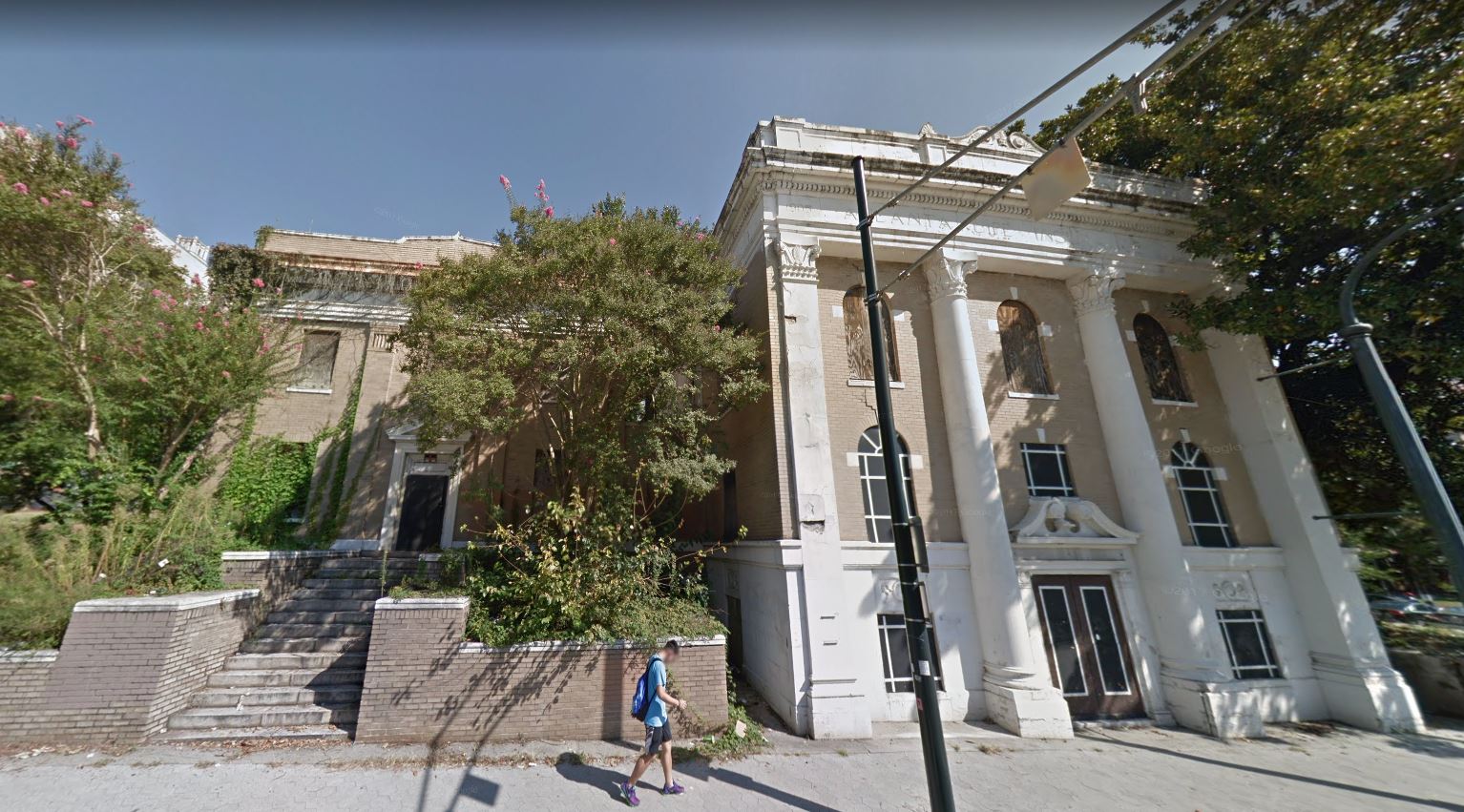 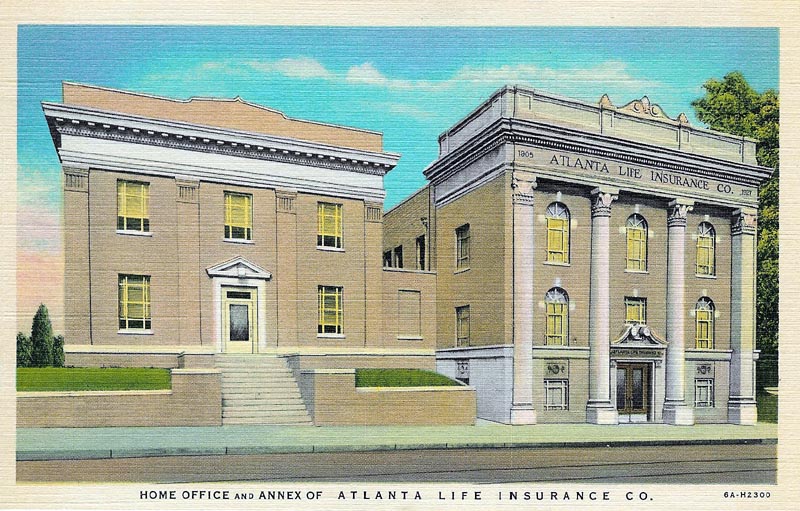 The building in 2017, and in its original glory.
Google Maps and Atlanta Time Machine

Notes: Built in 1920 as the offices for Atlanta Life Insurance Company, the complex has been vacant since it moved out way back in 1980. The decaying property has seen no substantial investment, even as the streetcar line has helped bring changes to surrounding buildings.

Notes: A block east of The Varsity, at least one of these properties may have found use since 2013 (and 2016), according to online records and Google Maps imagery. The low-rise building at left still appears vacant. 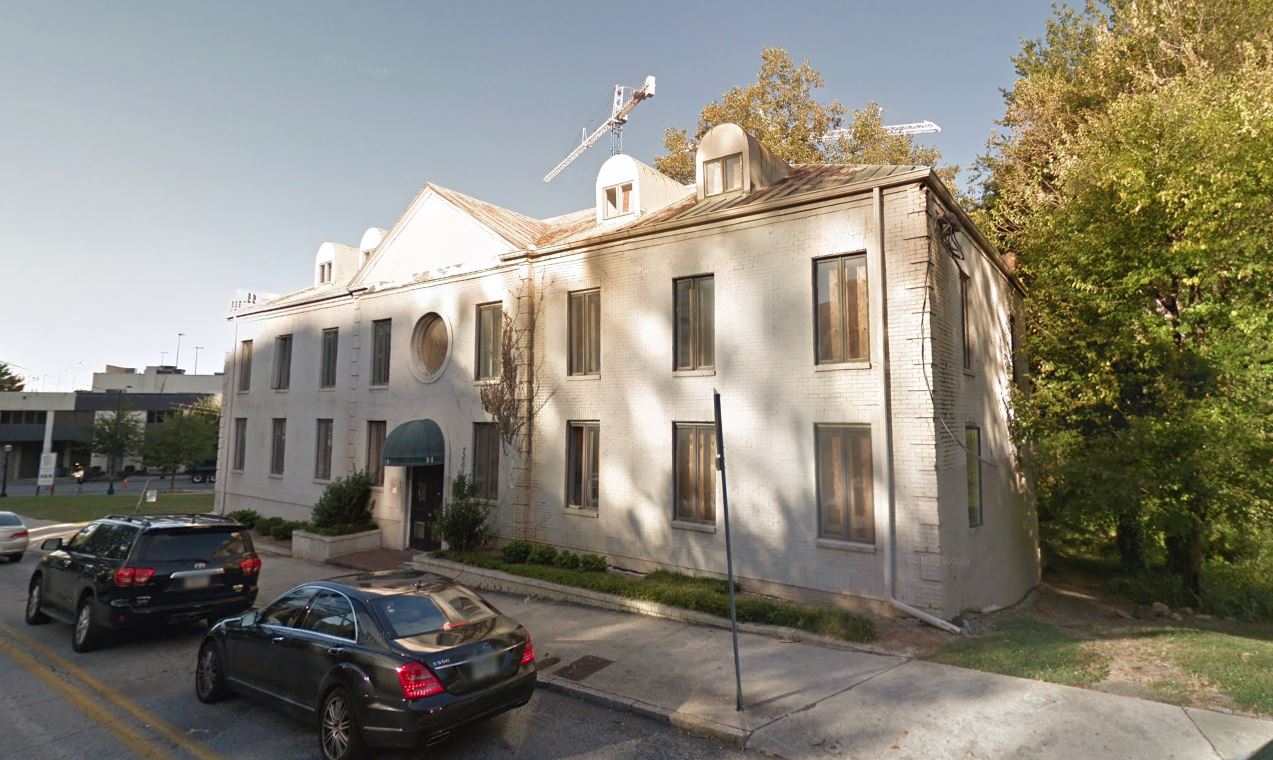 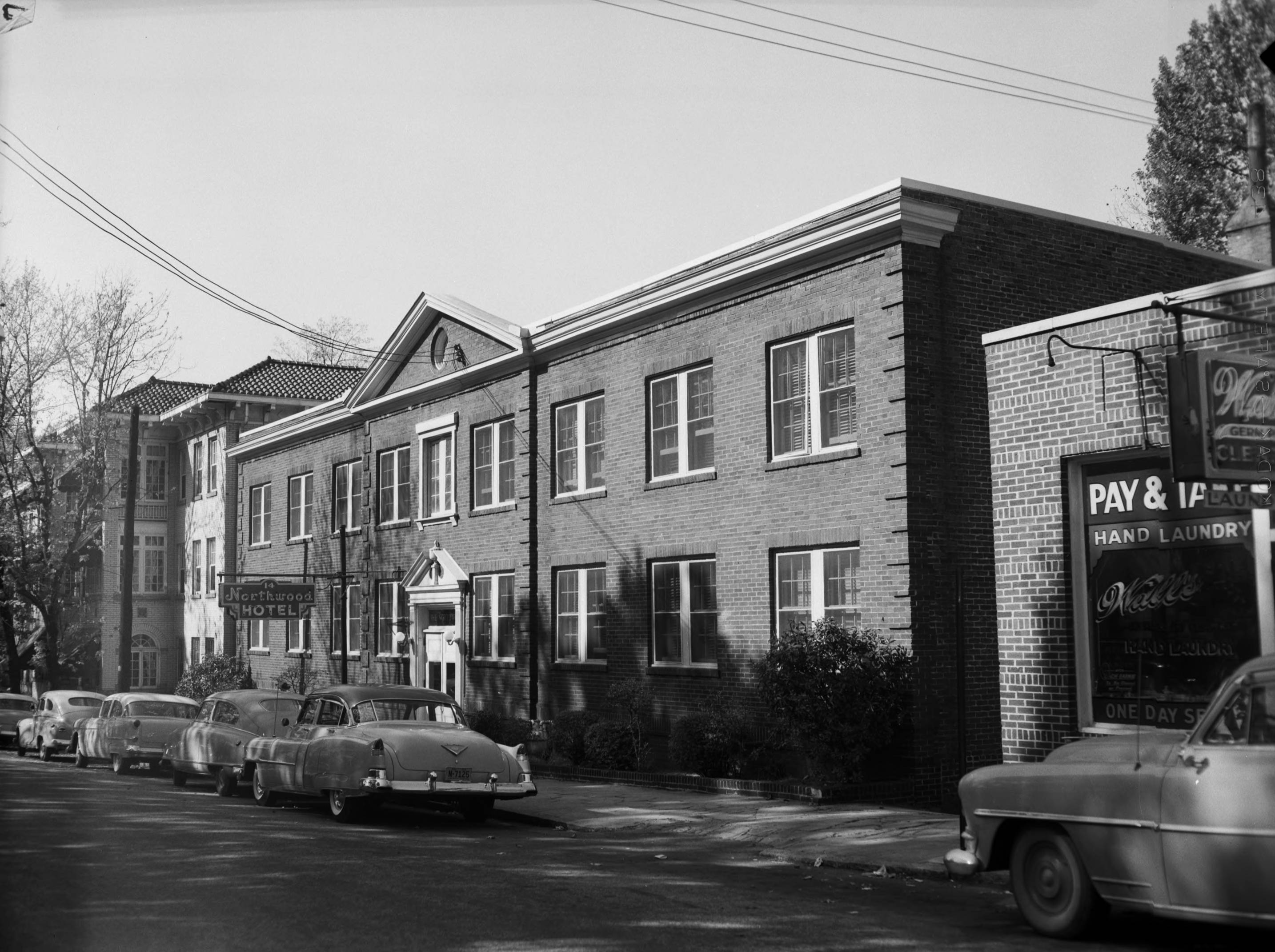 The building as it appears today, and in 1954 when it served as a hotel.
Google Maps and GSU Library Archives

Notes: Built in the 1930s at the southern end of Pershing Point, the brick building first served as apartments and later the Northwood Hotel. In its later years, it was office space, but it’s been left to fall into disrepair by owner Dewberry Capital. 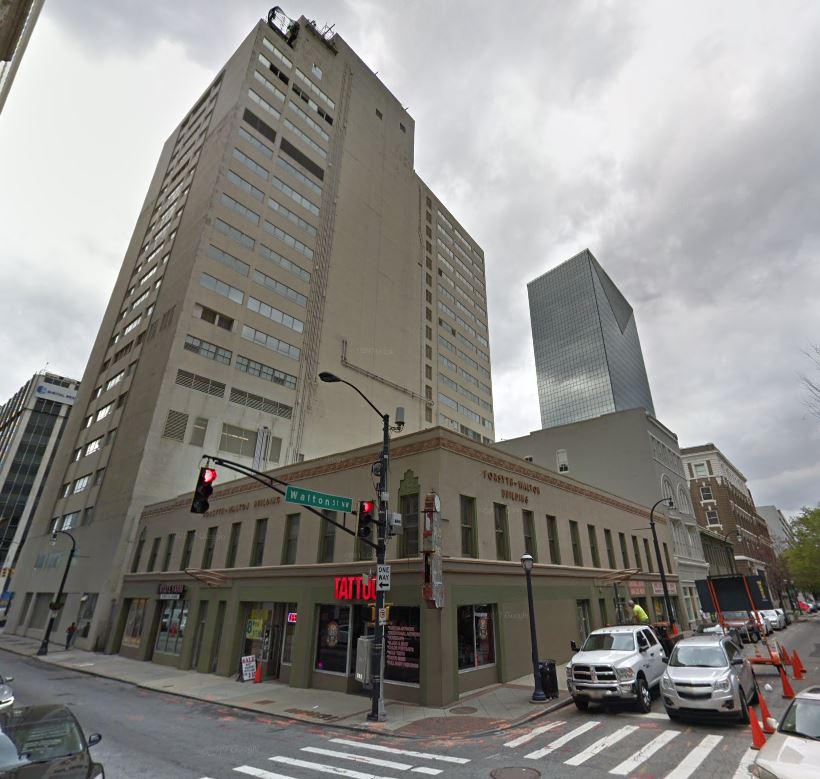 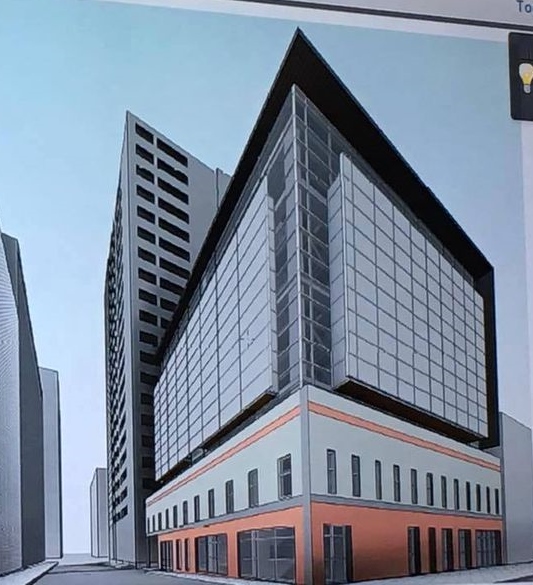 The building as it stands today, and the proposed modification from 2015.
Google Maps and Wendy Darling/Terry Kearns on Facebook

Notes: Following preservationist uproar over demolition plans in 2015, the century-old Forsyth-Walton Building was slated to undergo a modern rooftop addition. Since then, nothing has happened, structurally speaking. 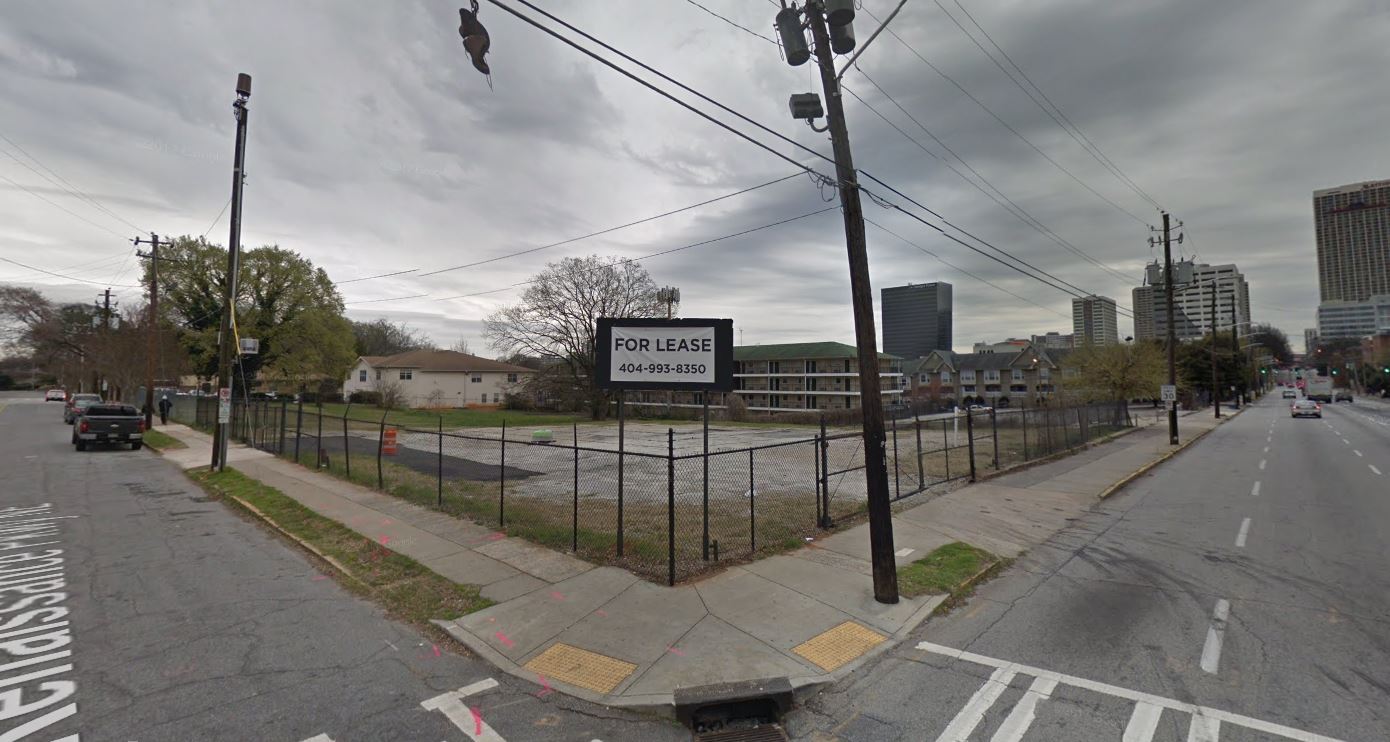 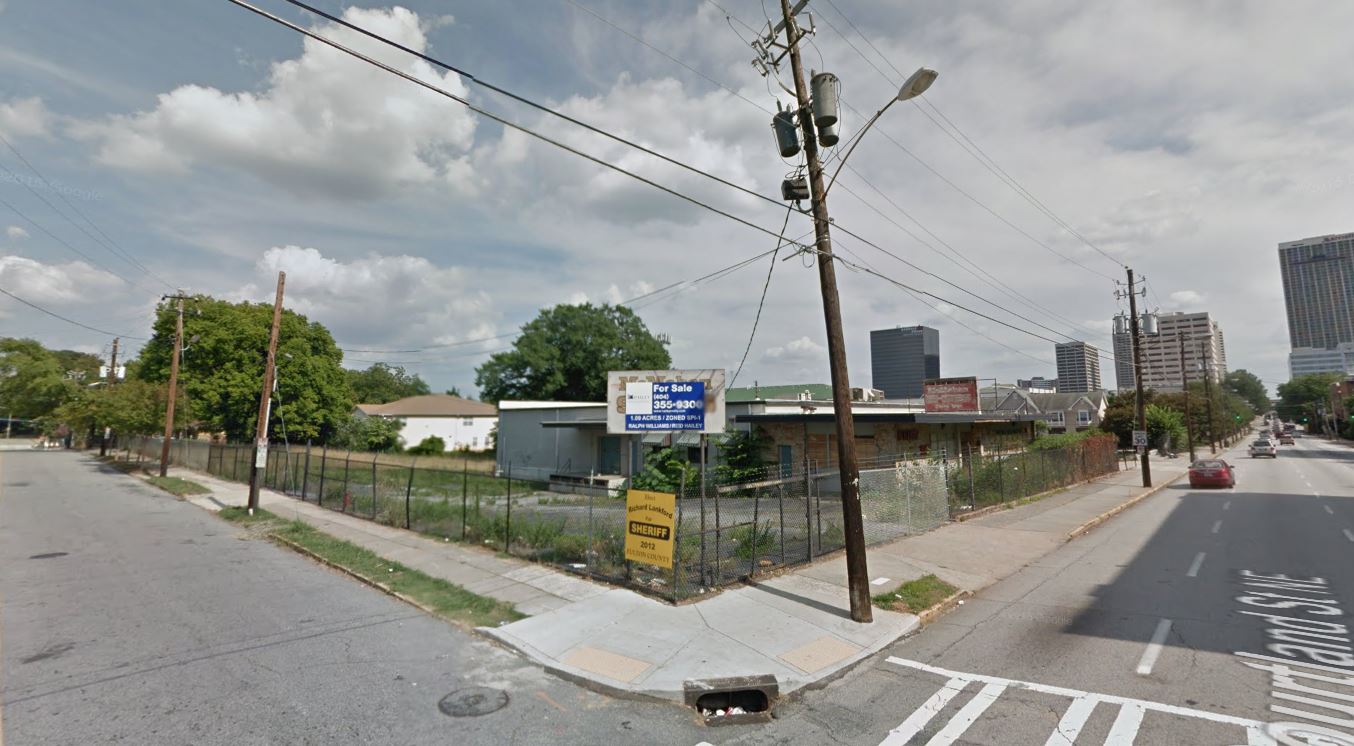 The site today, and with the building still standing in 2012.
Google Maps and Google Maps

Notes: This prominent, bland edifice wedged between a shuttered club and the Shakespeare Tavern Playhouse has stood on Atlanta’s main drag since 1920. Emory University owns the property, and indications are it has no plans to sell it, even as development heats up on the block following the Peachtree-Pine shelter’s closure. 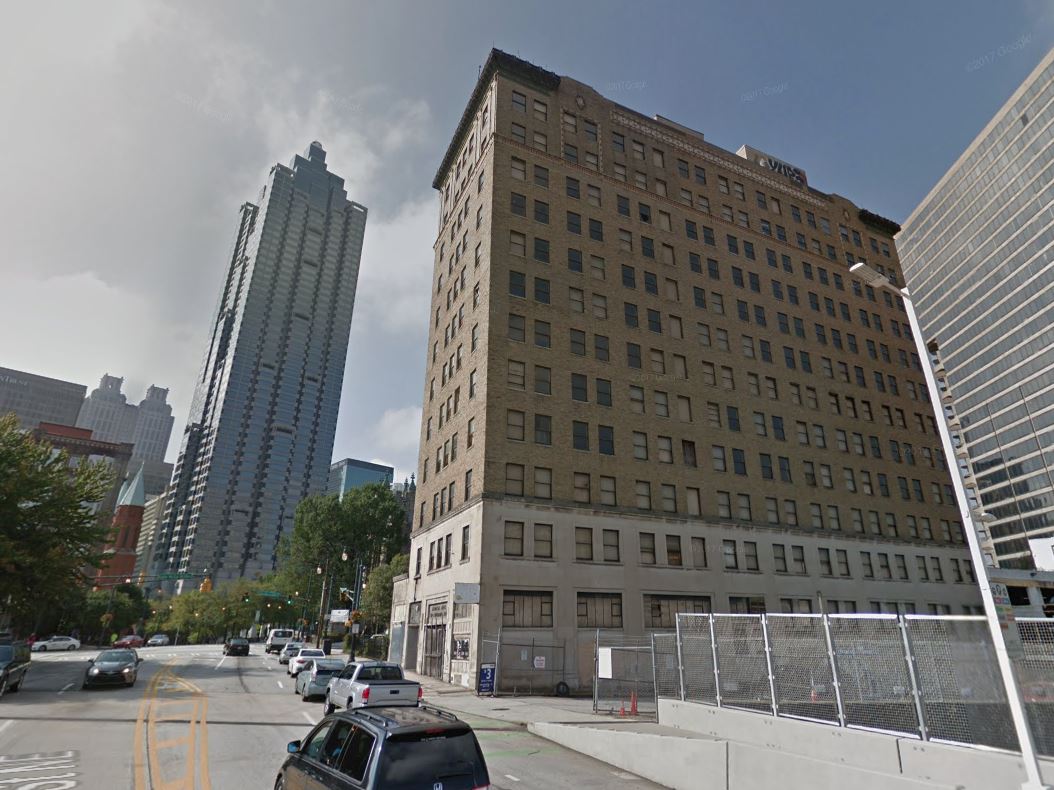 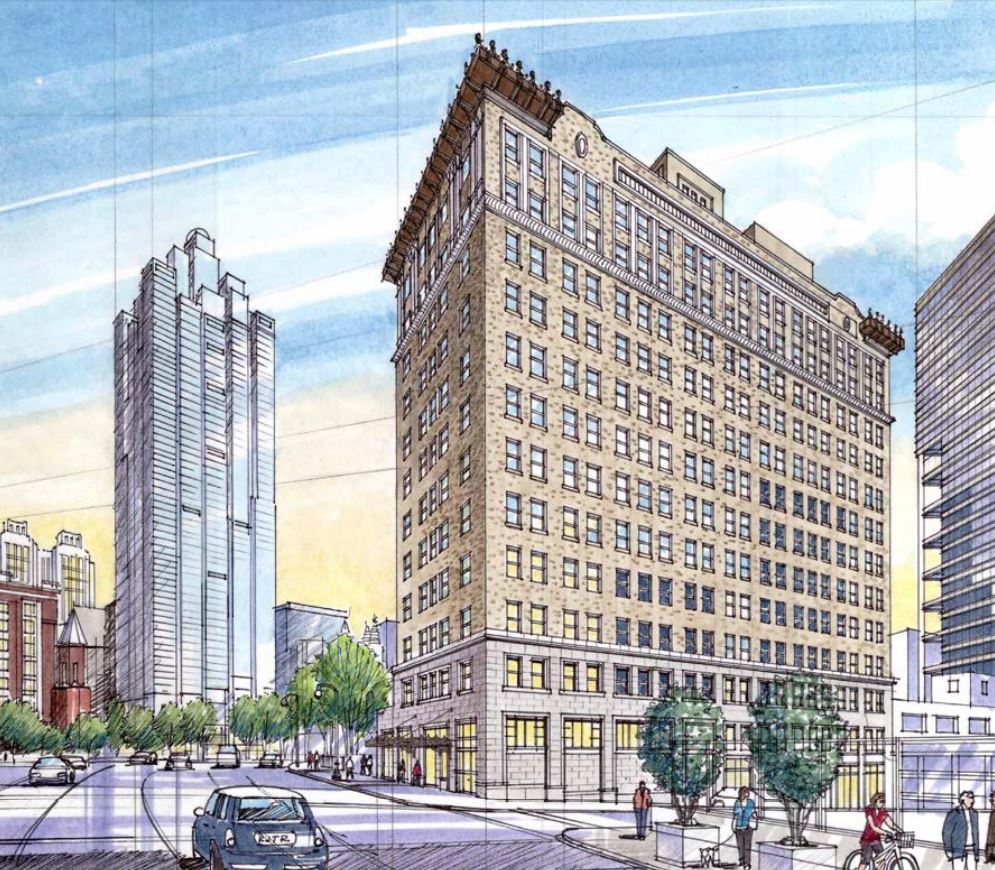 The building today, and as it is planned to be restored.
Google Maps and via Invest Atlanta

Notes: One of Atlanta’s most visible, wince-worthy eyesores is still a mess, but hope resides in plans for The Stitch and an adaptive-reuse project that would restore the building to its former glory.

Notes: This early 1900s classical structure became a rallying point for preservationists in 2015 when ever-expanding Georgia State University announced plans to replace it (temporarily) with a parking lot. Those behind the “Save the Bell!” initiative have other ideas, but it seems things are still in limbo.

Notes: The long-abandoned but architecturally significant building should soon see an extensive restoration as part of investments surrounding Five Points. 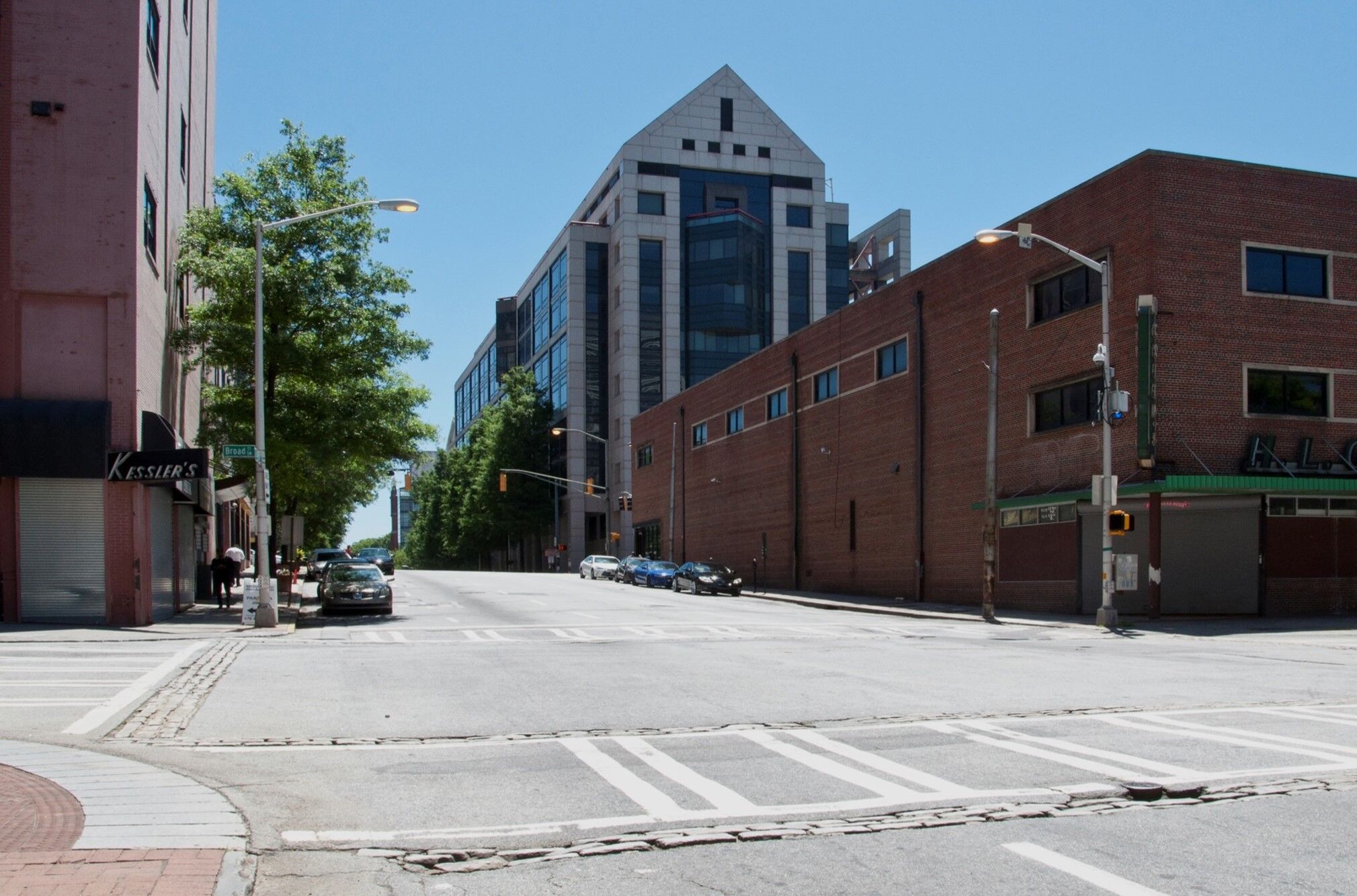 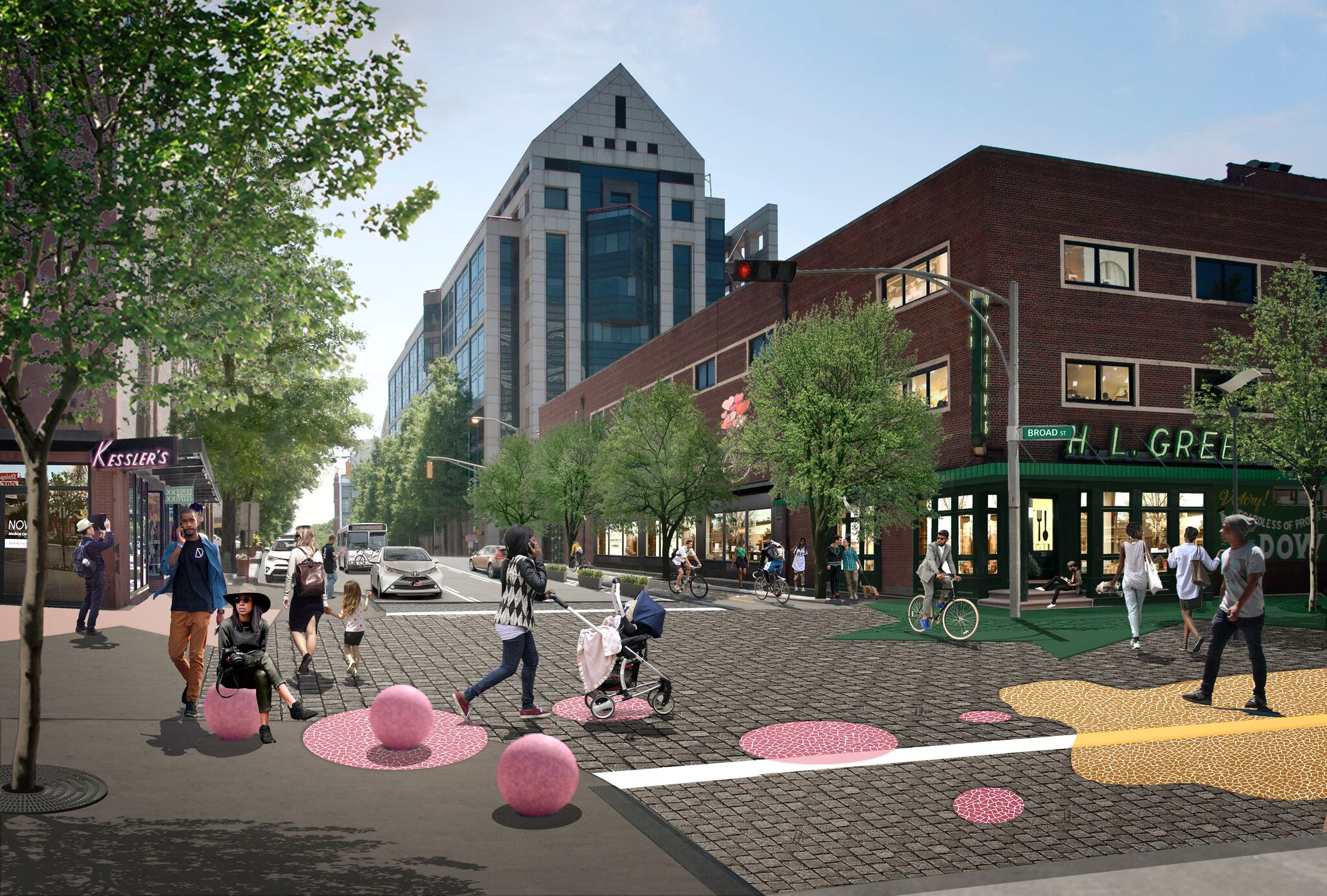 MLK, Jr. Boulevard at Broad Street—before and after.
Google Maps and NEWPORT US RE

Notes: After languishing for years, the building is slated for an overhaul as part of Newport’s vision for a massive redevelopment in South Downtown.

Notes: Similarly, the buildings along Broad Street are slated for needed TLC, compliments of developer Newport, which now owns several blocks’ worth of old structures.

Notes: With adaptive-reuse projects happening across the neighborhood, logic says this building could see new life in coming years.

Status: RENOVATED AND REOPENED AS APARTMENTS

Notes: Renovations launched last year to turn this building into apartments—another victory for South Downtown. It was built in 1923 as a shoe factory.

Notes: Preservationists have long been pulling for the revival of this historic Peachtree Street residence, the last remaining in downtown. A mixed-use transformation announced in 2015 still hasn’t moved forward, and owner Liliana Bakhtiari (who ran a tough race for Atlanta City Council) has been mum on the status. 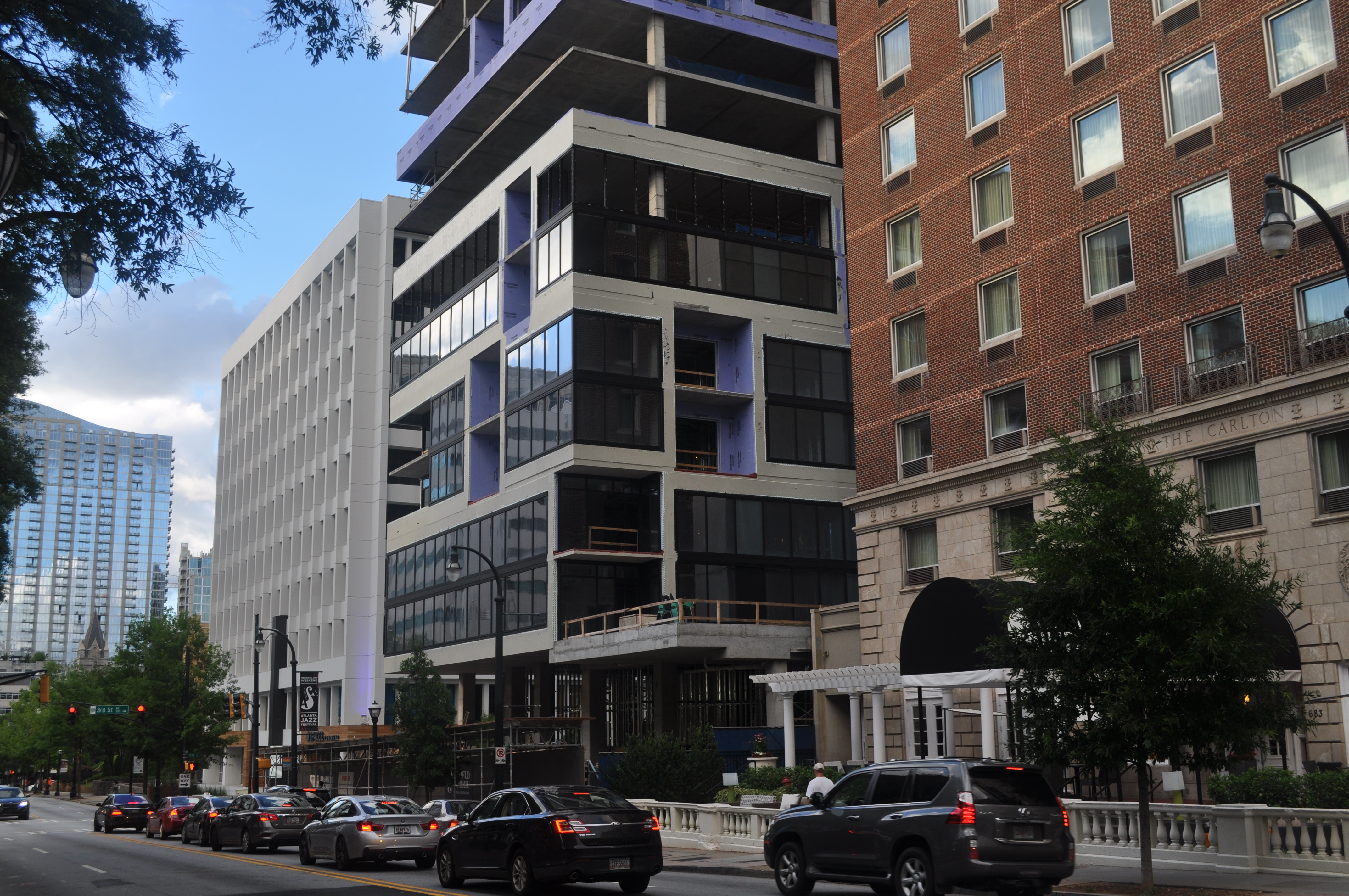 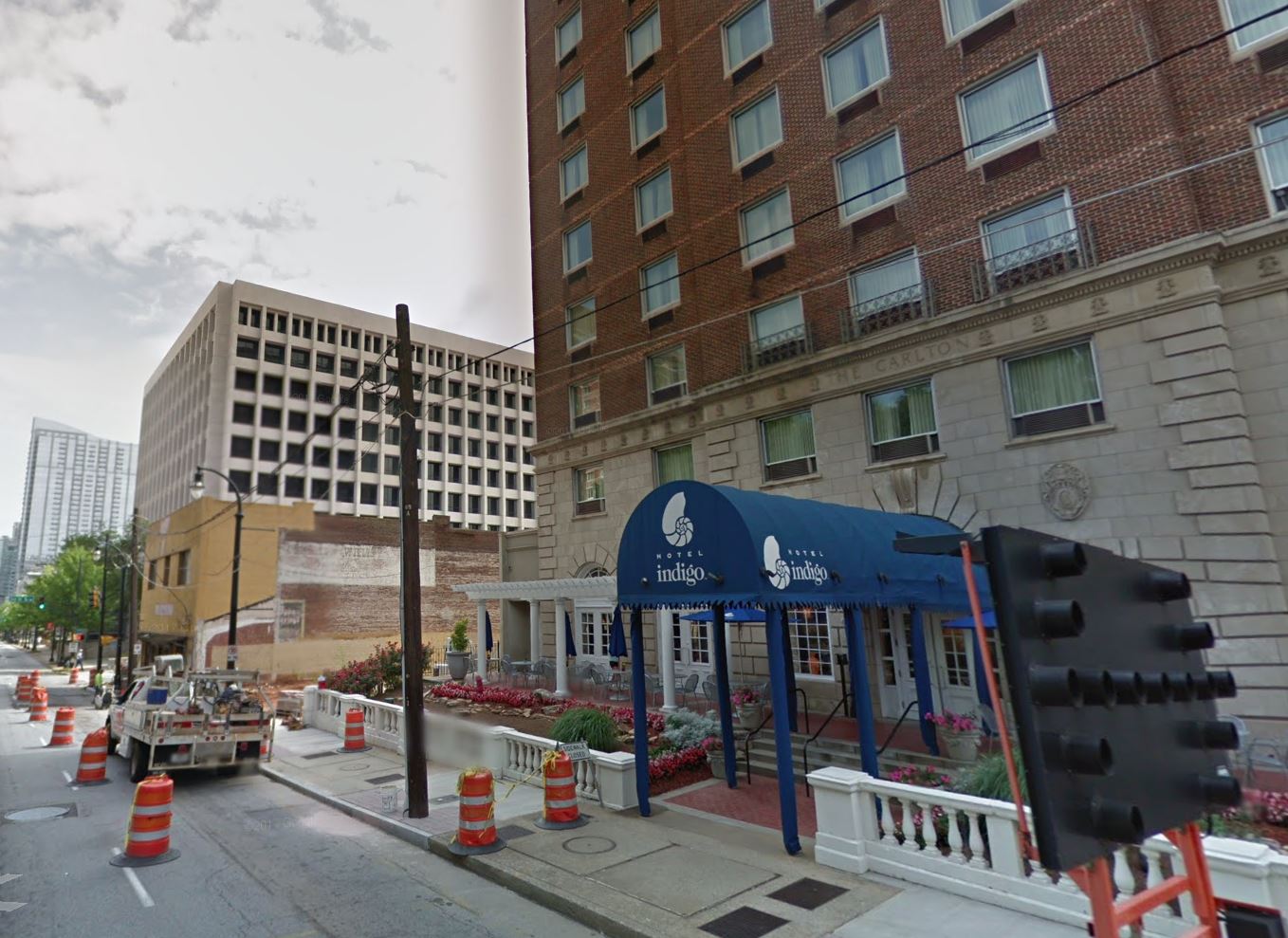 Notes: Built in 1972, the 10-story structure served as offices for J.C. Penney for four decades. Abandoned since 2012, the old office was purchased by Carter for a reported $50 million, and then transformed to house new retail, coworking spaces, and now a rock-climbing gym. 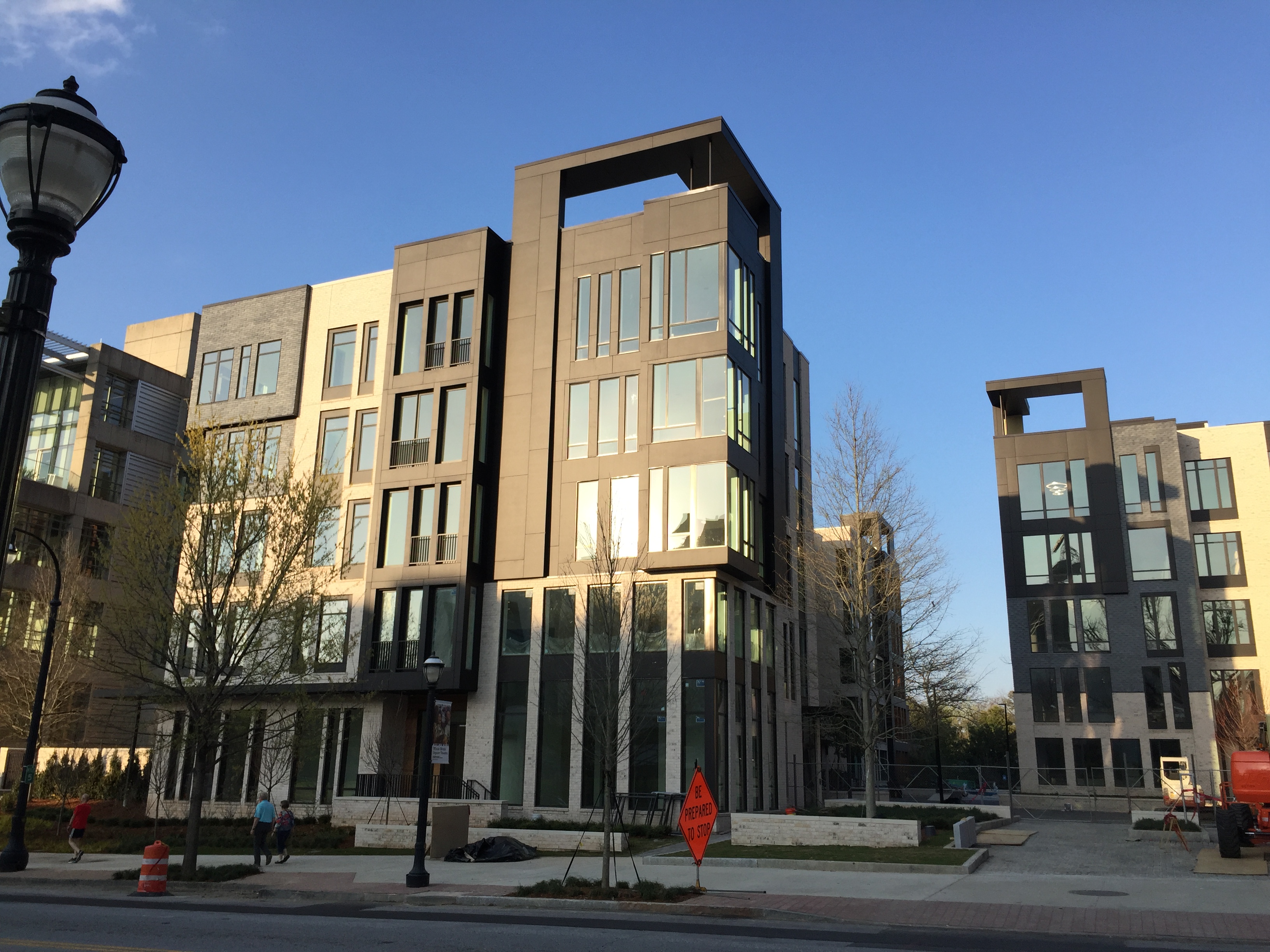 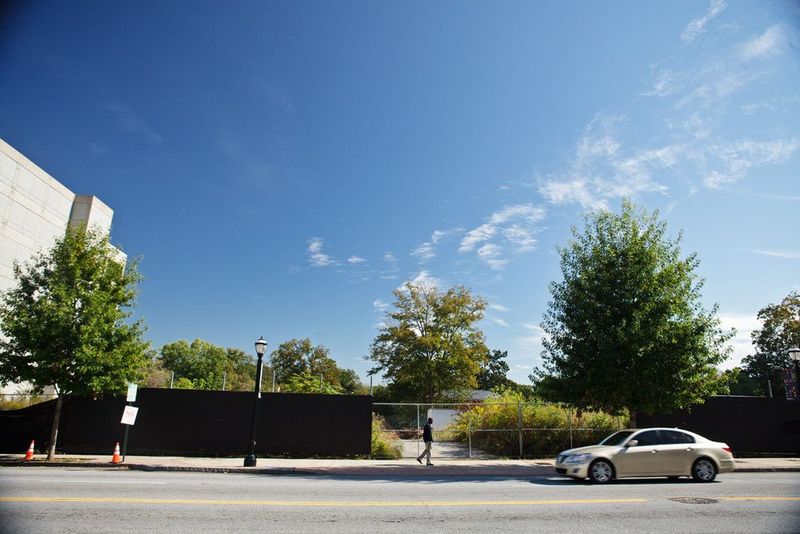 Notes: Priced from $1 million to $3 million plus, some of Atlanta’s swankiest new condo products have claimed the empty lot across the street from the High Museum.

Notes: Used as a staging area for construction next door, a section of the site will one day become part of the extension of 15th Street. 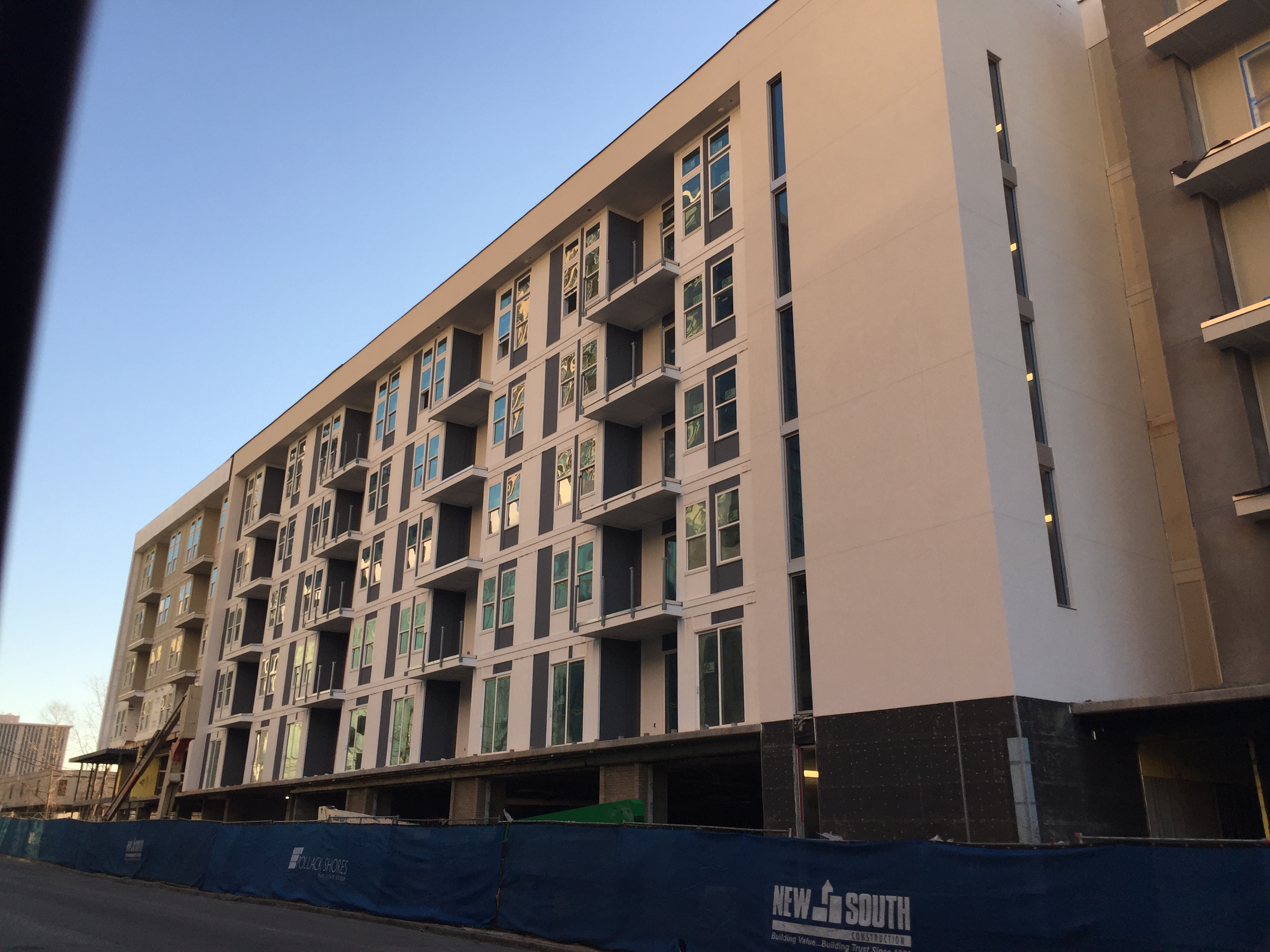 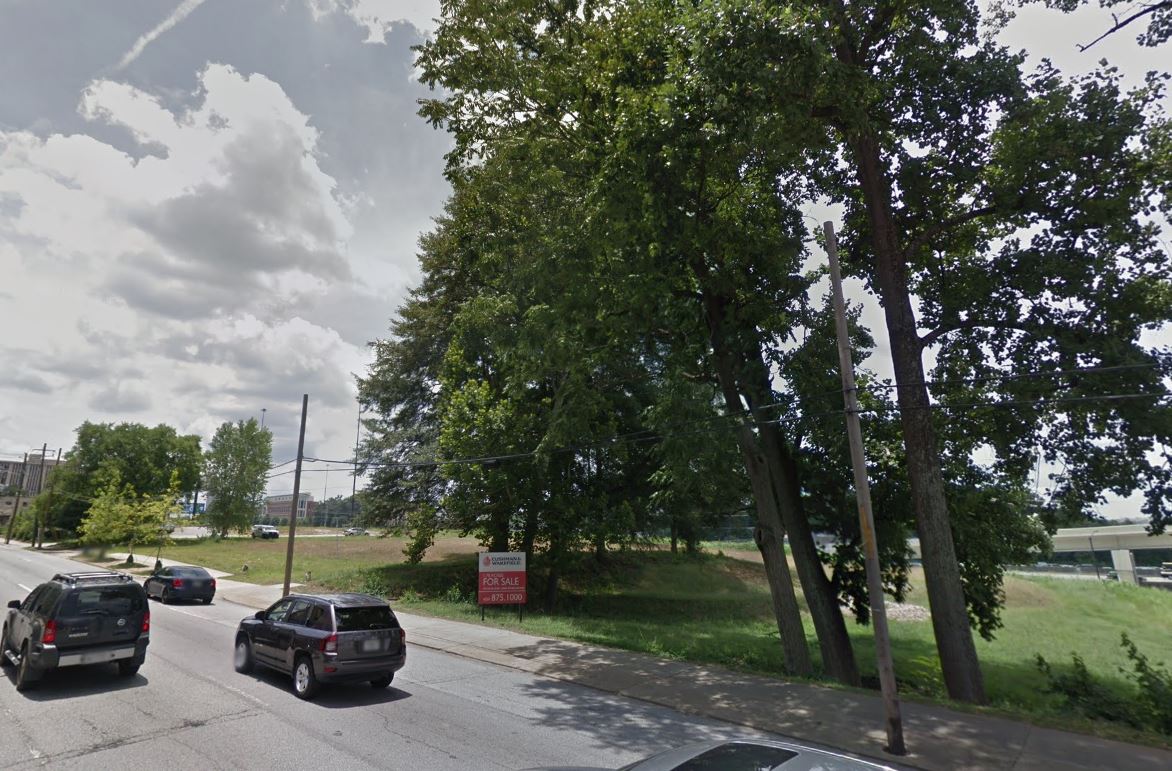 The site in January, and back in 2016.
Michael Kahn, Curbed Atlanta and Google Maps

Notes: Mid-rise apartments and 13,000 square feet of retail have risen where a blighted former funeral home once stood. Work should be complete on the building later this year. 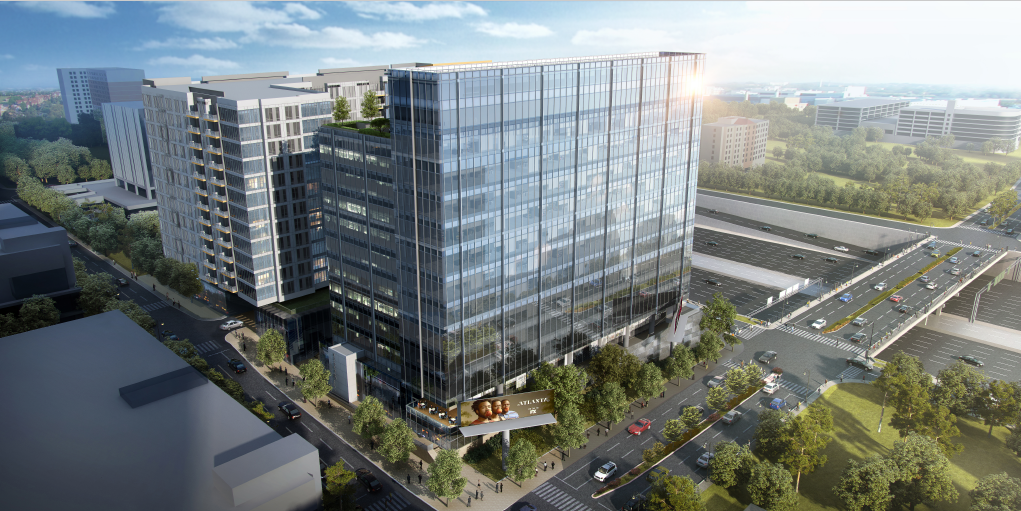 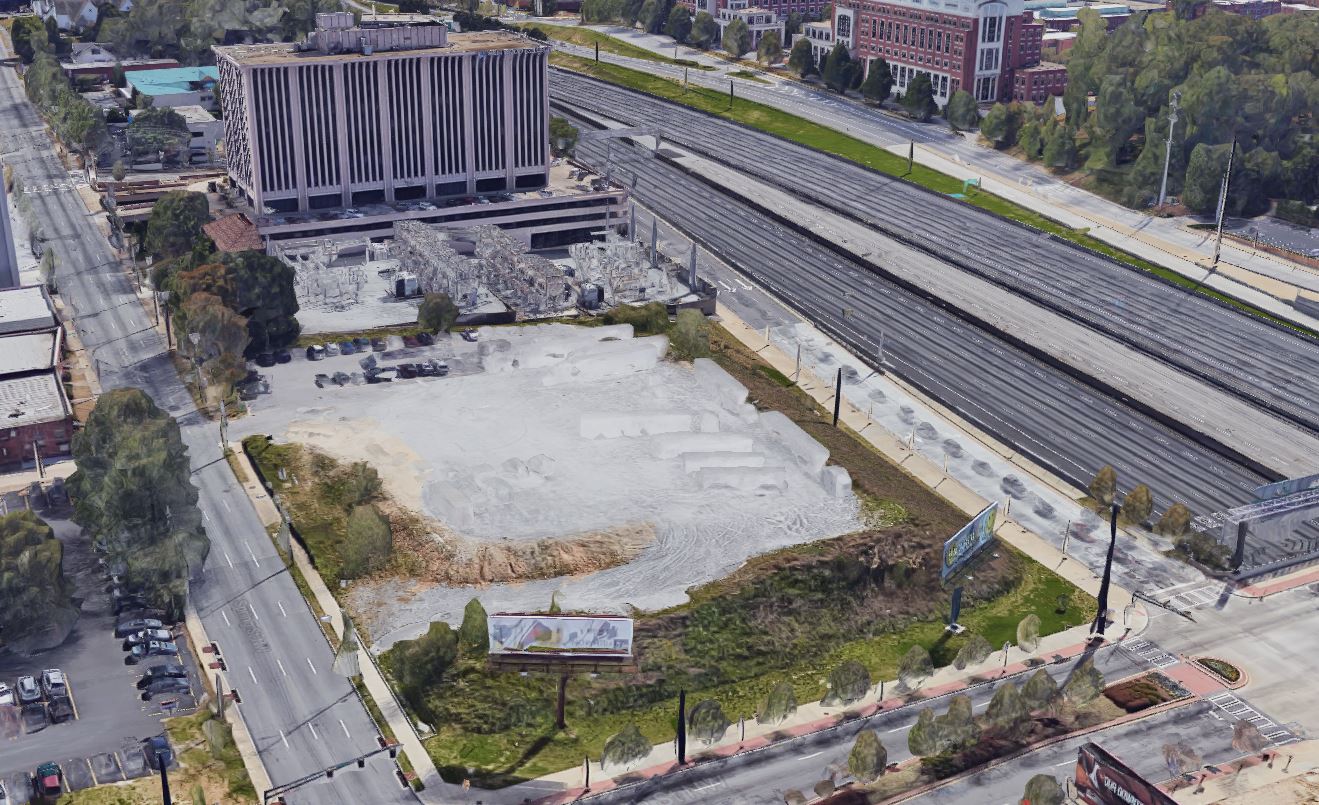 The proposed development, and the state of the site today: a gravel parking lot.
Greenstone and Google Maps

Notes: This space may be vacant, but plans are in the works for a two-towered mixed-use development.

Notes: This large Old Fourth Ward lot next to Midtown has been cleared, and the rumor mill suggests townhouses are in the offing. 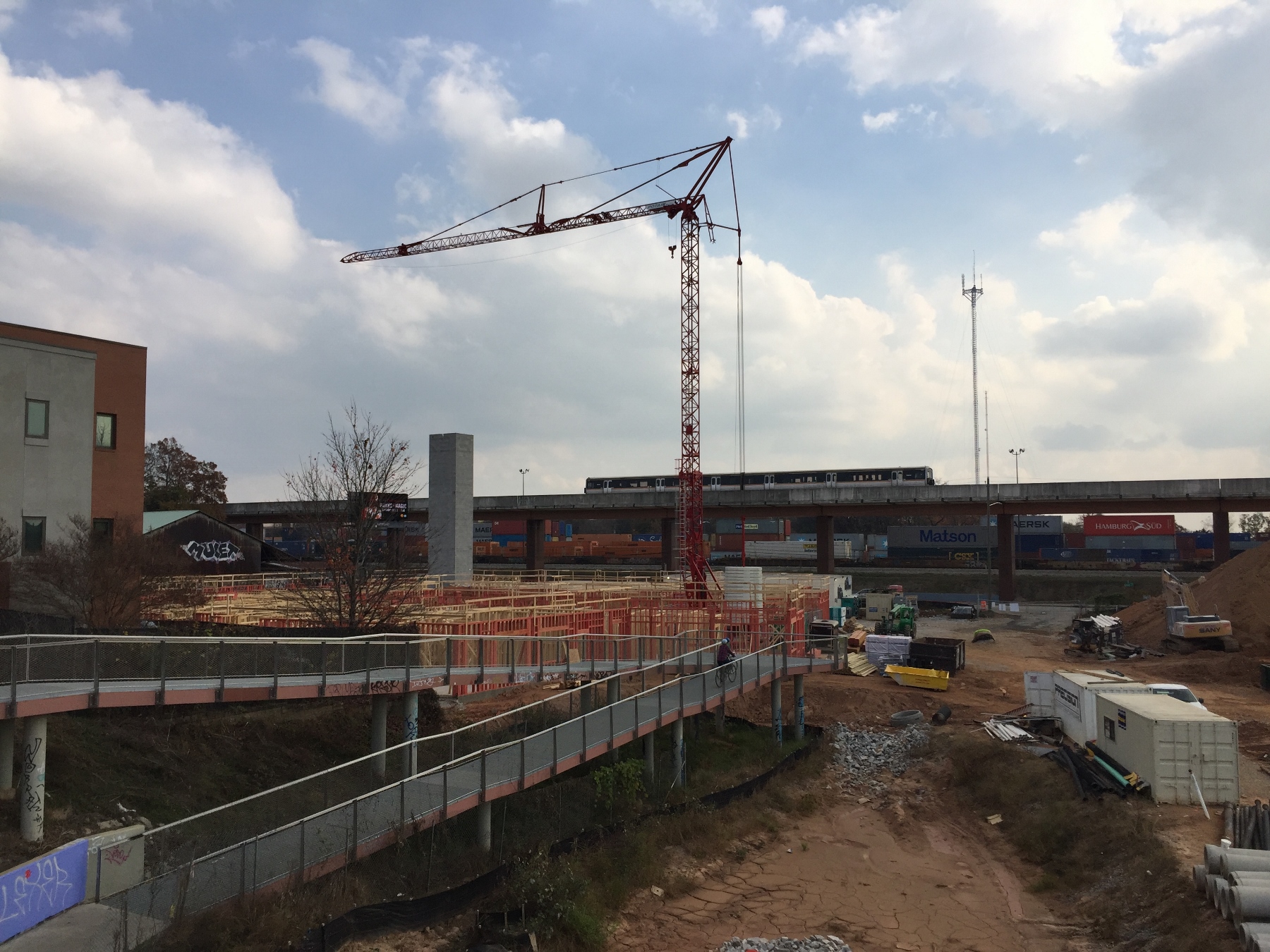 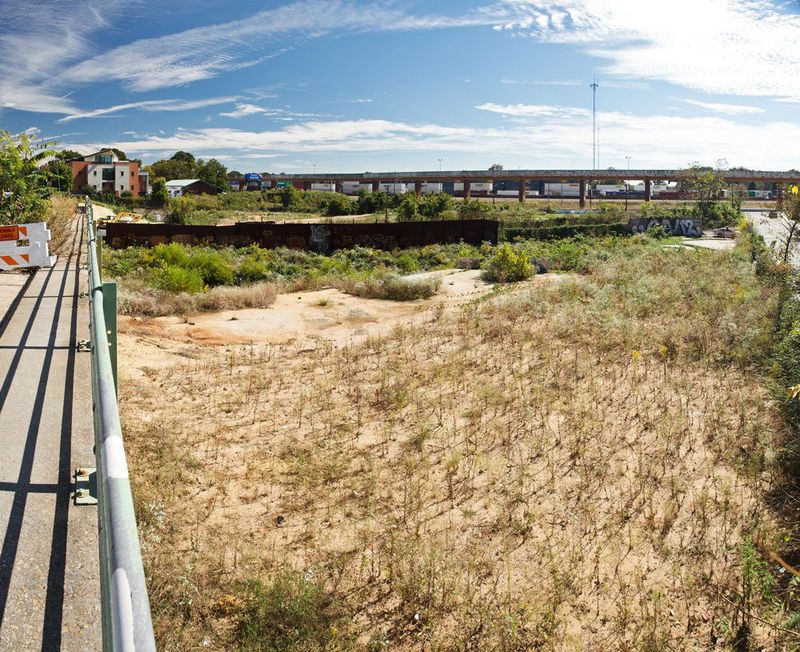 Status: BEING REDEVELOPED INTO EDGE APARTMENTS WITH BELTLINE EXTENSION

Notes: The last link in the Eastside Trail puzzle will be completed when this trail-straddling mixed-use development (as seen above, last year) is completed.