When a long-planned, dual-branded downtown Atlanta hotel at West Peachtree Street and Baltimore Place received financing last week, a note in the documentation for “ground-up” construction sent an ominous signal for the future of a nearly century-old structure on the site.

Initial plans had called for the incorporation of the four-story classical building, originally constructed as an auto dealership, into the hotel.

But drawings released as part of the developer’s Special Administrative Permit filing reveal intentions to wipe out the structure in favor of a six-story parking deck. 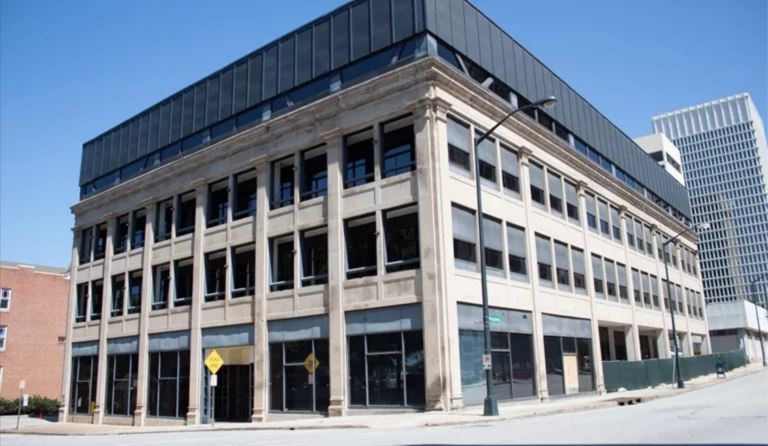 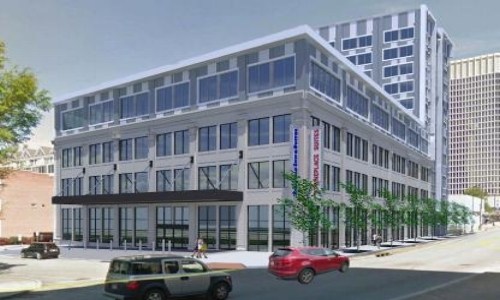 The building as it appears today, and as originally proposed as a hotel.
via Commercial Executive Magazine

Designed by LPBC, the ground floor of the hotel would feature a meeting room and gym along West Peachtree Street and eight hotel rooms along an alley at the northern edge of the property. Floors two through six would contain 184 parking spaces, with the remaining six floors housing 185 hotel rooms.

The proposal will go before the Downtown Development Review Committee this week.

There are no protections in place for the existing structure. Which is too bad, as it would add character to an otherwise banal proposal.

Next Up In Atlanta Hotels