Having moved Down Under, the formerly local scribe is still optimistic for his changing hometown

It’s been nearly two years since I posted my final article as the Associate Editor of Curbed Atlanta, laying out aspirations and predictions for my rapidly transforming hometown. Much has changed since then. For better and worse.

While I was back in town for a quick trip around Thanksgiving, I gave myself a few hours to wander Midtown—still arguably the epicenter of Atlanta’s building boom, undergoing fundamentally altering developments. It’s amazing to walk the streets I used to traverse daily and see how far things have come (or in some instances, how little has been done). 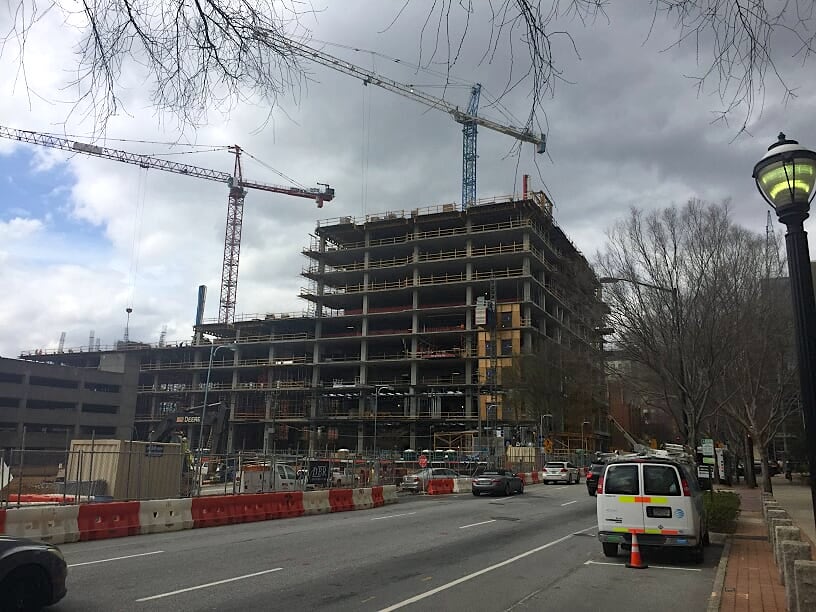 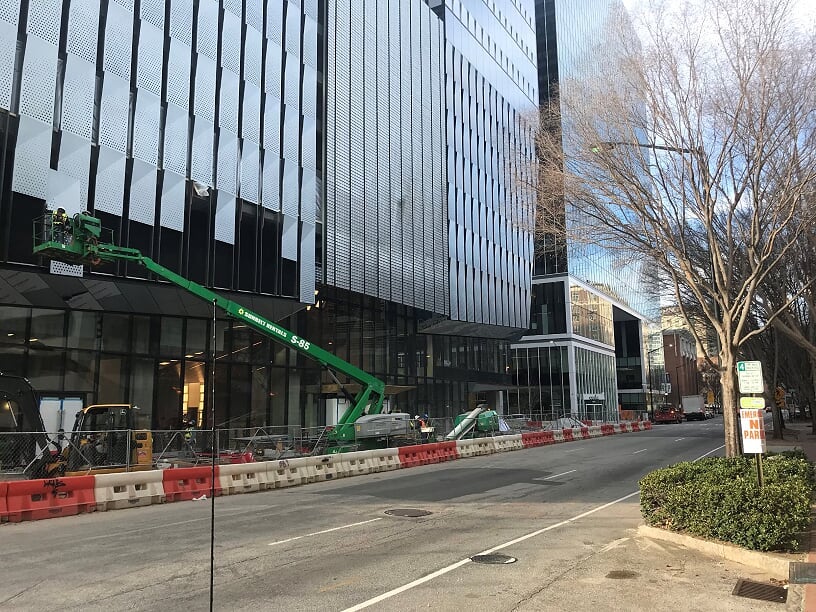 West Peachtree Street, especially in Midtown’s southernmost blocks, is a hotbed of commercial development. The same view from March 2018 and this month.

With the benefit of hindsight, more than a bit of distance (I live in Australia now), and a job that allows me to see what other cities are up to, here are some updated thoughts on how Atlanta is doing and where things may be going.

First, I must admit that I’m shocked at just how the development cycle continues to sustain itself. Of course, there are projects still lingering in limbo (the No. 2 Opus skyscraper) or failing to materialize altogether (EVIVA), but overall, cranes are dominating Midtown’s skyline just as much as they did three years ago.

It’s great that so much of the development seems to be focused on office and mixed-use towers, with the potential to draw more Atlantans into the many residential towers built in the years Atlanta was clawing its way out of the Great Recession.

I did notice that a slew of the new restaurants and retail spaces that accompanied the opening of some residential towers have failed, including places like Caravaca Market, Babalu, and MidiCi. While no expert in the survival of retail, I would posit that the over-concentration of new dining options, coupled with their often larger-than-necessary footprints and aforementioned lack of new residents in the adjacent buildings, did them in. Perhaps smaller format spaces like those found in other dense cities might make new restaurants and retail more sustainable in the long run as retail rents continue to climb.

With the new concentration of jobs, look for residential towers, retail spaces, and restaurants in Midtown to enjoy more success in the next few years. (I hope.)

That being said, Atlanta’s dependence on building infrastructure for cars—think of towering parking decks ubiquitous with each new development (from Midtown Union with eight stories of parking, to Emory’s 3,000-car parking deck)—will be the main restricting factor in Atlanta’s success.

Potential solutions could include mandatory parking maximums for development, especially around transportation nodes, and requirements for developers to heavily invest in infrastructure that enhances walkability and transit access adjacent to their properties. Systems like this work in cities around the world, from London to New York to Hong Kong.

It’s important to acknowledge that small steps are being taken, often by organizations such as Midtown Alliance; the enhancement of Midtown Station is one example. But overall, Atlanta is severely lagging in making city streets a place for people.

Tying into that, transportation investment in the city is disappointingly slow and conservative. While various announcements over the last two years have indicated plans for improvements are percolating, there seems to be a continued disinterest in pushing the envelope, with a few notable exceptions.

One that sticks out, the pedestrianization of a swath of Peachtree Street in downtown, an idea that hasn’t seemed to gain much traction since its announcement.

While it may seem radical, other cities have found great success with similar initiatives. In New York, long stretches of Broadway have been successively, successfully closed to cars and converted into pedestrian plazas. And this Sunday in Sydney—a city with a population not much smaller than Atlanta’s—the city’s main street will reopen after conversion to a shared space, with light rail traversing its length and large chunks of it dedicated to pedestrian zones.

A decade ago, the proposal would have been unimaginable, and even five years ago the corridor was much like many streets in Atlanta. Is it easy? No. Is it disruptive to the way we currently use the city? Yes. Will it set the city up for success in the years to come? Undoubtedly. Does Atlanta need to look toward other cities if it hopes to retain international relevancy? Yes—100 percent.

Two years gone and, overall, I’m still bullish on Atlanta. Great things are happening throughout the city. The Beltline is getting built out, soulless parking lots around the city are being swallowed by development, and plenty of people are advocating for better functionality. We have to ensure that we continue to hold city leaders, developers, and designers accountable, as the Atlanta rapidly being built today will shape the Atlanta we experience for decades to come.