Historic preservationist on Old Fourth Ward structure: “The building is fixable and should be fixed”

No one was injured when a portion of Old Fourth Ward’s century-old DuPre Excelsior Mill building came crumbling down in a construction mishap Friday, but some Atlantans are mourning nonetheless.

In 2016, the famed Masquerade music venue uprooted from the historic North Avenue site and set up in downtown’s Underground Atlanta.

It took a while for the Masquerade to find its footing at the new location, and for loyal patrons to get used to attending the venue’s famously lively shows on the other side of town.

This past weekend, passersby on the Beltline’s Eastside Trail were spotted gazing forlornly (unforgettable nights likely on their minds) and snapping pictures of the wreckage that was once part of the venue’s Purgatory music hall.

Built around the late 1800s, the Excelsior Mill complex is now undergoing a restoration that’s slated to turn it into the quickly growing neighborhood’s next high-end office development.

Developer Coro Realty told Curbed Atlanta in a statement the company and its partner Southeastern Capital are now trying to determine what caused the eastern wall to collapse.

“Preliminary information leads us to believe it was related to excavation work being done on site in accordance with the structural engineers’ specifications,” the statement said.

Project officials have not yet responded to Curbed’s questions regarding what the collapse means for the redevelopment plans and timeline, noting only in the statement that “[it] will take some time to assess the damage and figure out the best way forward.” 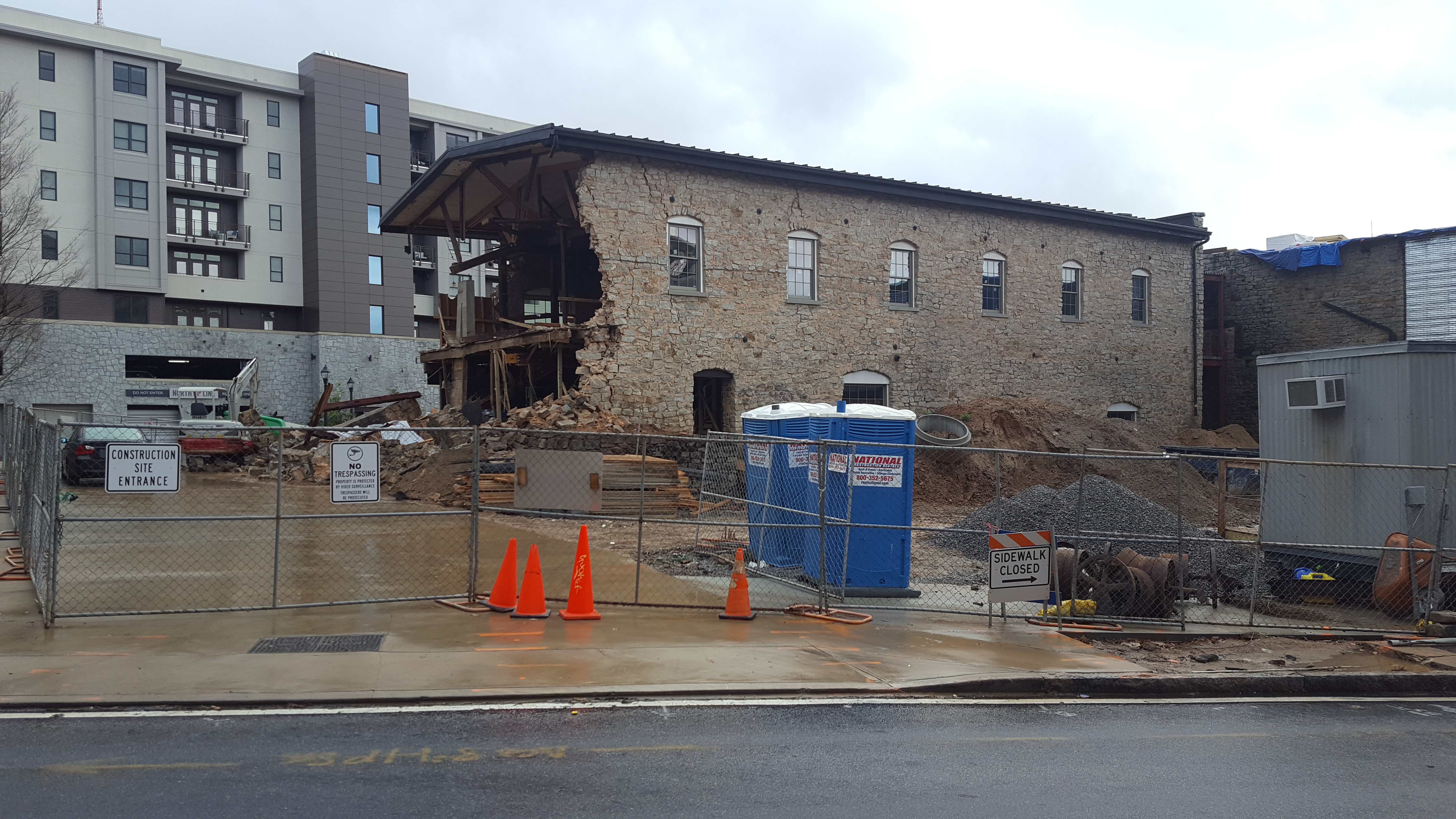 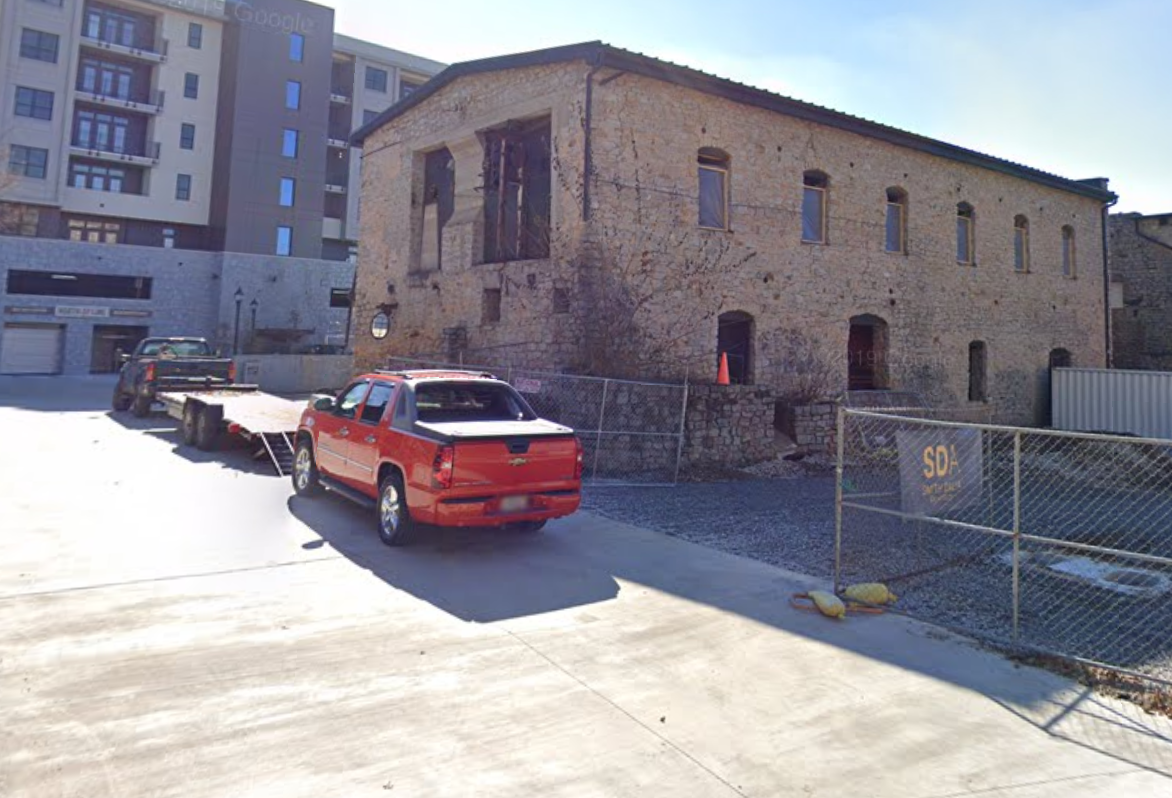 Before and after the damage.
Google Maps

Local architect and historic preservationist Kyle Kessler, however, said the development team should be working on an explanation to present to the City of Atlanta’s Urban Design Commission.

Photos: Beginning of the End for Atlanta's Masquerade

“As [this was an incidence of] demolition done to a landmark building—even unintentional—the Urban Design Commission should be presented with what’s happened and what the proposed remedy is and then opine on the sufficiency of the fix,” said Kessler.

“Humans have been stacking stones since prehistoric times,” added Kessler. “The building is fixable and should be fixed. I trust that the city will help ensure that this landmark building is preserved.”

Additionally, City of Atlanta planning commissioner Tim Keane told Curbed his office is mandating the preservation of all historic materials. The building at large, said Keane, will be protected at all costs.

“We have stepped in to save and require preservation of many buildings and blocks in the last several years,” he said, nodding to Georgia Tech’s old Engineer’s Bookstore, a funeral home on Midtown’s Spring Street that’s now been incorporated into a Portman Holdings development proposal, and Kirkwood’s Pratt-Pullman Yard.

Plus, said Keane: “We’re proposing a new historic district for Poncey-Highland, which includes this very property and would protect scores of old apartment buildings, which provide great affordable units.”

Next Up In Atlanta Historic Preservation