Renderings: Upgrades at downtown landmark AmericasMart are a go

Representatives for real estate services firm JLL on Tuesday unveiled the most recent renderings of the updates, which are expected to bring the 1960s showroom hub into the digital age.

Throughout the year, AmericasMart patrons can expect interior upgrades, such entryway updates and the addition of a new second-floor amenity space and buyers lounge in Building 1, as well as exterior changes that promise digital signage that should mesh with the goals of downtown’s budding Arts & Entertainment District.

Changes that have been described by company leaders as “dramatic” will include a two-story redesign at street level that’s meant to create a seamless transition to an enlivened interior. 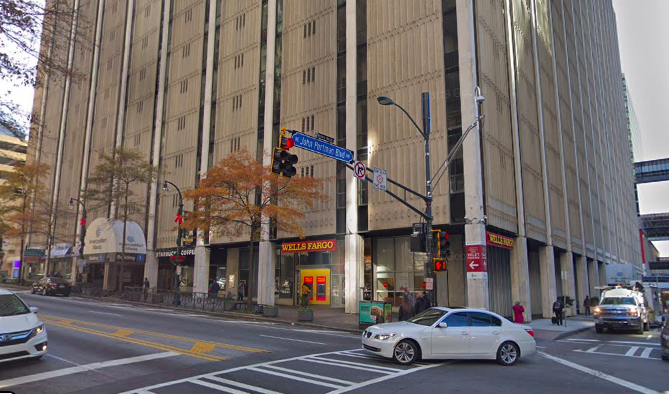 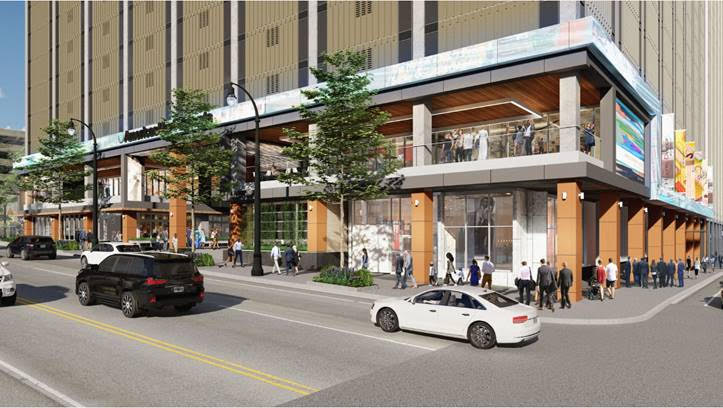 Elsewhere on the outside, look for new illuminated signs, including full ribbon tickers and street-facing display boards.

All work is projected to wrap before the 2021 Winter Market, an event held at AmericasMart each January. Earlier plans had called for completing the updates this winter.

JLL’s adaptive-reuse unit has been tapped to lead the renovation of the John Portman-designed space.

The team includes vice president Rainey Shane, who was also enlisted to manage the makeover of Kirkwood’s Pratt-Pullman District and is perhaps best known for her work as a development manager for the Ponce City Market project, which saw the revival of the Sears, Roebuck & Co. building in Old Fourth Ward.