Across from Federal Reserve, long-abandoned structures are reportedly going to host a high-end nightspot.

Peachtree Street in the heart of Midtown is abuzz at all hours with office workers, residents, shoppers, diners, and people simply enjoying the Atlanta weather. Lined with high-rises, the linear district is one of the most urbanized environments in the city.

That is, except for the eastern side of Peachtree Street between 10th and 11th streets (and a few other, less prominent pockets).

The block, standing across from the Federal Reserve, is dominated by abandoned single-story retail spaces and a large, vacant lot. The block is owned by Atlanta’s prolifically idle landowner John Dewberry—or as Bloomberg called him in a September profile, “Atlanta’s Emperor of Empty Lots.”

It’s worth noting that in the same article, the four-acre block was refered to as “arguably the most valuable piece of developable land in the South.”

But, at least, the empty buildings could soon be full of activity.

According to the Atlanta Business Chronicle, permit filings with the city hint that the buildings—which most recently served as nightclubs—could soon house a Los Angeles mainstay known as Bootsy Bellows. The establishment’s website touts it as a “60’s art deco inspired nightclub combined with a variety of live entertainment including costumed burlesque dancers, DJ’s, live musical acts, puppets, and impromptu concerts.” 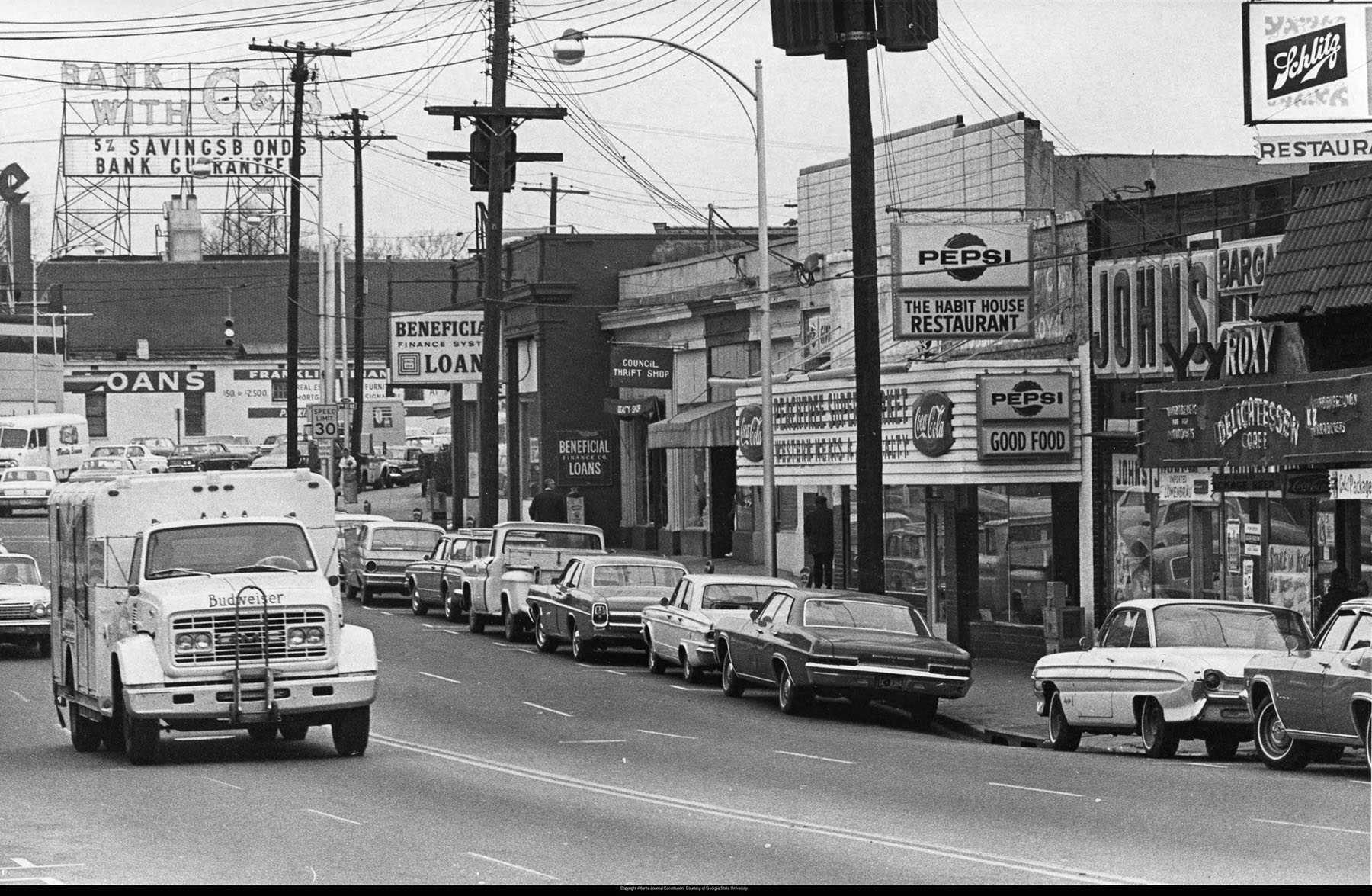 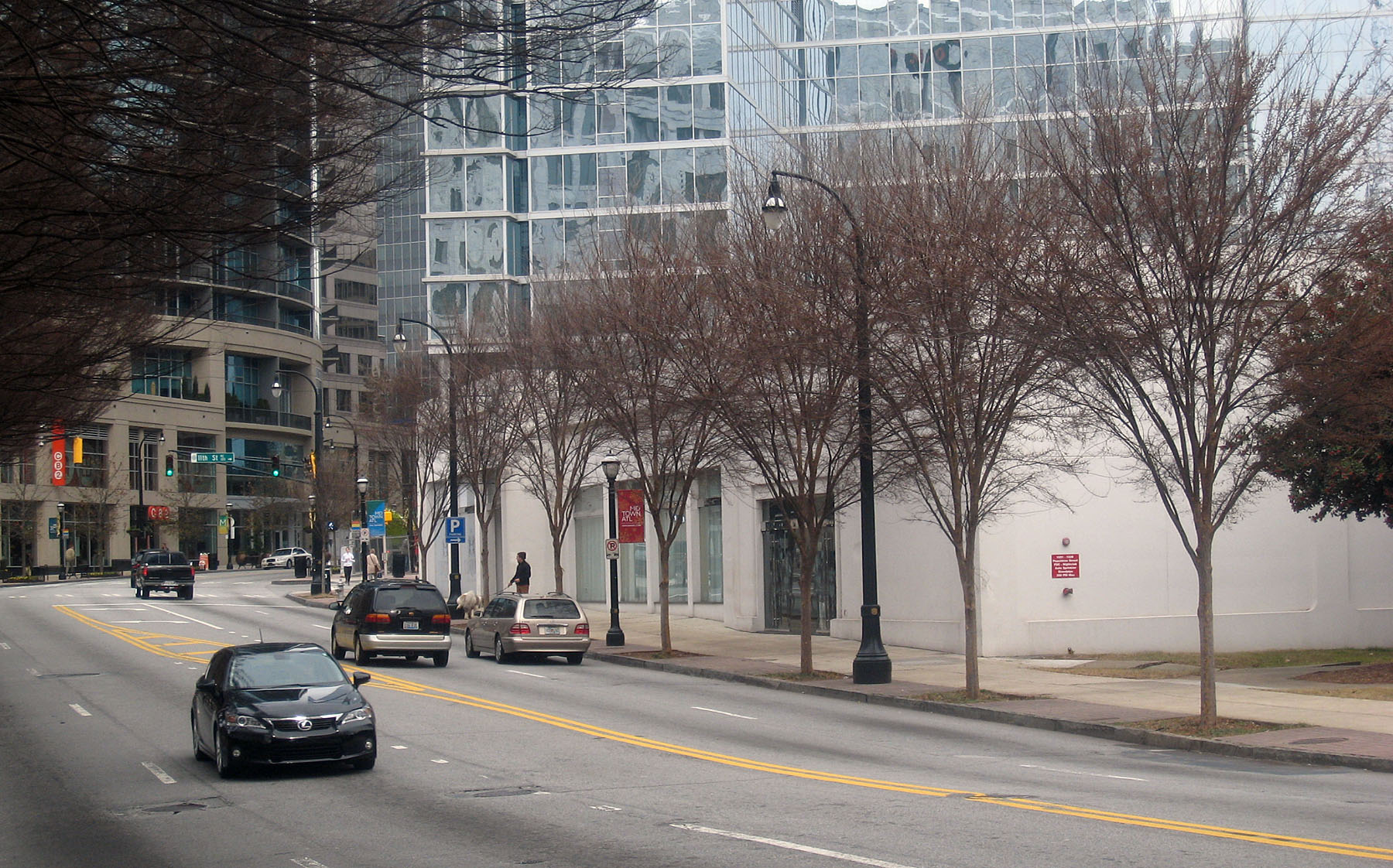 This before-and-after reveals that the abandoned buildings are actually the remains of a once vibrant retail district.
via Atlanta Time Machine

Details are still scant on exactly what Atlantans can expect at the property, but the Atlanta Business Chronicle points to the city’s rising reputation as a filming mecca. Of course, Hollywood elites may want a familiar place to play when in town.

Additional filings to be reviewed next Tuesday at the Neighborhood Planning Unit-E meeting indicate that Bootsy Bellows could be accompanied by another nightclub, Bloom, and an oddly characterized “convention center” called Ravine.

There’s sure to be buzz as details develop.